Jackson, Tennessee.  A 38 year-old man is recovering in hospital after his spouse is said to have stabbed him in the genital area more than a dozen times after mistakenly identifying his member for A SNAKE. The victim of the nocturnal attack, Michael Rogers, called the emergency services in a panic, reporting that his wife had assaulted him with a penknife. The man’s wife, however, 42 year-old Nicole Rogers, claims it was a misunderstanding…

Here’s what she said: “Ya see here, we got critters all through these parts. So when I felt this wiggly wiggly all about my leg, I gots scared and grabbed that there pocket knife. I did’t know… I swear to dear Jesus I didn’t know.”

Mr. Rogers, though, sees it very differently… He told his local TV news station this: “That b*tch is crazy and I’m pressing charges against her. That there heffer cussed me out when I got home accusing me of sleeping with Ms. Suzie down the tracks. I told her to shut the f*ck up and I went to bed. The next thing you know she stabbin’ my junk like she was tenderizing a goddamn steak!” 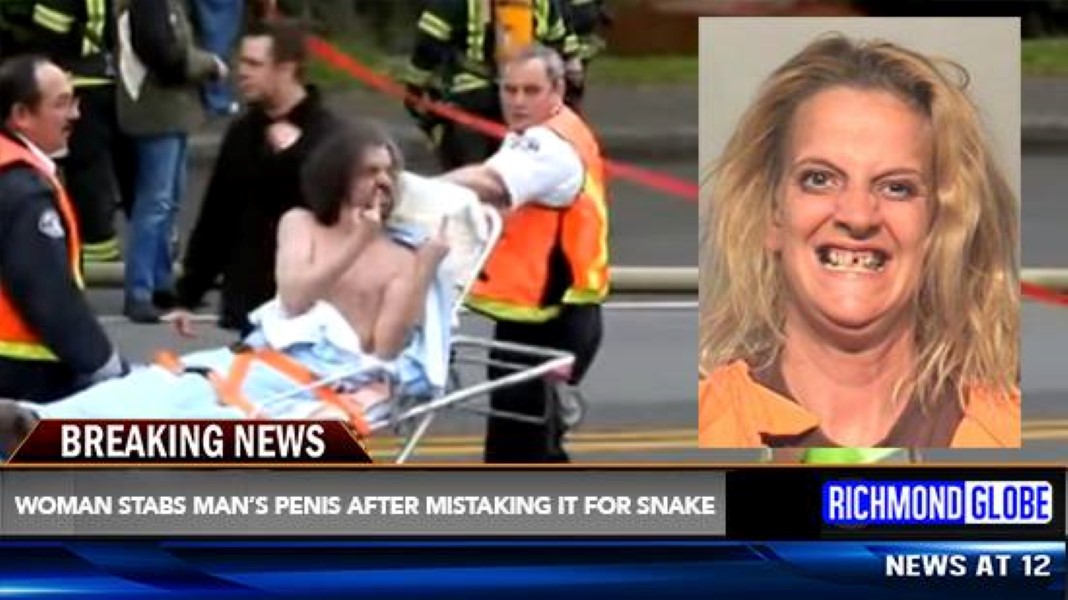 Michael Rogers was taken to a nearby hospital where, sadly, his penis had to be removed. Nicole Rogers was arrested and taken to the county jail where she is being booked on several serious charges. Mrs. Rogers is being held by police with no bail and awaits trial.