Funerals are usually somber affairs, with mourners for the deceased retaining a quiet dignity as their loved one makes his or her way to their final resting place. That’s what the family of the recently departed 87-year-old Henry Williams expected when they gathered to say their goodbyes to the old man at the Meadow Valley Funeral Home in Atlanta, Georgia over the weekend. What none of them expected as Henry’s casket was carried to the waiting hearse was for a 24-year-old black woman called Leshaniqua Walker to jump out from seemingly nowhere and start twerking.

That’s right! On what should have been a somber day for all involved, the funeral was hijacked by Walker, who later claimed she’d been in a relationship with the deceased.

“We were carrying the casket out of the funeral home to the hearse when all of a sudden this black girl in booty shorts and high heels ran over and jumped in between the hearse and the casket,” said Ron Williams, the son of the deceased and one of the pallbearers carrying the late Mr. Williams’ casket. “She squatted down, put her hands on her knees and her backside was bouncing up and down. She started bouncing on the casket crying ‘This is for you daddy, just how you like it.’ Two of my brothers who were holding the casket upfront tried to push her off and that’s when it slipped out of their hands.” 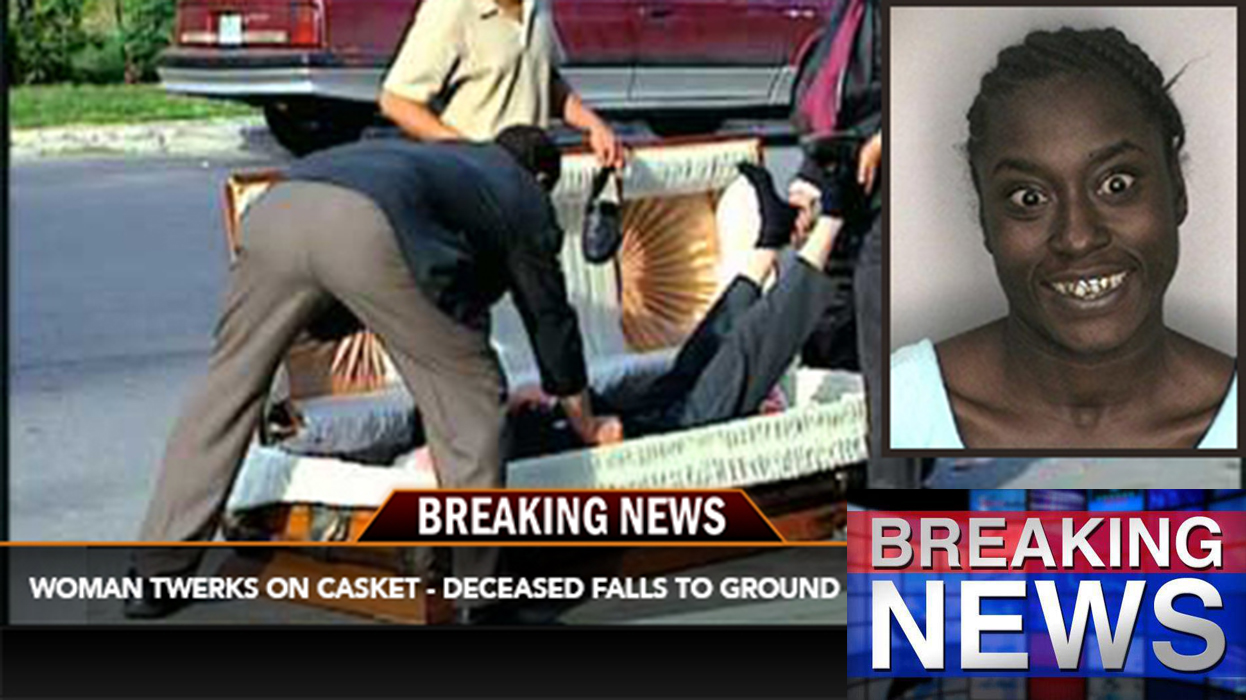 Astonished onlookers were then treated to the undignified sight of their beloved relative’s casket hitting the ground and his body rolling out on to the pavement. Walker took this as her cue to straddle the body and start twerking to ‘Don’t Drop That Thun Thun’ by Finatticz on her cellphone.

The family quickly pulled her off the body and restrained her until police arrived. When they did, Walker claimed her highly inappropriate behavior was as a result of being in a relationship with the deceased, and that twerking at his remains was the best way she knew how of paying her respects. She claimed Williams had nicknamed her ‘Brown Sugar’ and paid her to twerk for him in his nursing home three nights a week for the last two years.

The family vehemently disputes this, as they are adamant their family has a strict ‘whites only’ policy that forbids interracial relationships. “I think this was just some random crazy lady who wanted attention,” said Mr. Willams’ son Ron. “She was probably on drugs.”