Bloomington, Indiana. A 74 year-old man has had two misdemeanor counts come his way after he distributed weed cookies to fellow parishioners at his church. Brian Jones faces counts of criminal recklessness and possession of hash oil after he was found to have baked and handed out a batch of cookies made with the drug inside.

Jones is due at Monroe Circuit Court later this month to hear the charges after he was caught handing out the psychotropic snacks at The St. John the Apostle Catholic Church, during mass.

The church-goers did not realize that the cookies were laced with cannabis and all had to be treated at the emergency room of a Bloomington hospital. Their symptoms included: nausea, paranoia, anxiety, lethargy and elevated blood pressure… 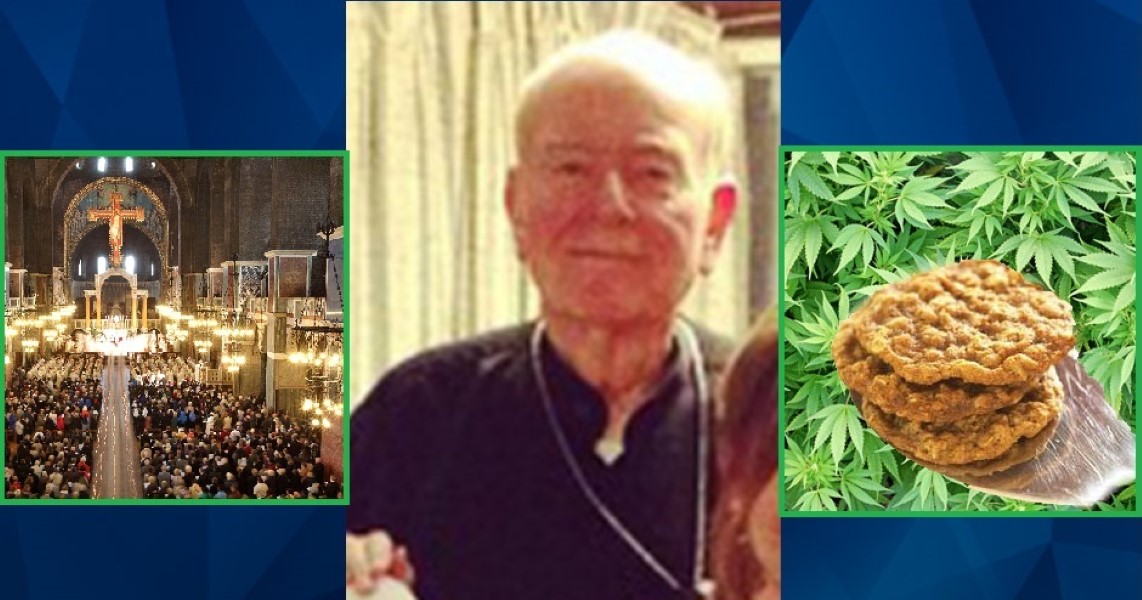 One old  guy said he though he was “having a stroke” and also that he felt “like he was dying.” The man had recently had a triple bypass procedure and did worry if “whatever happened today was going to adversely affect” his heart. 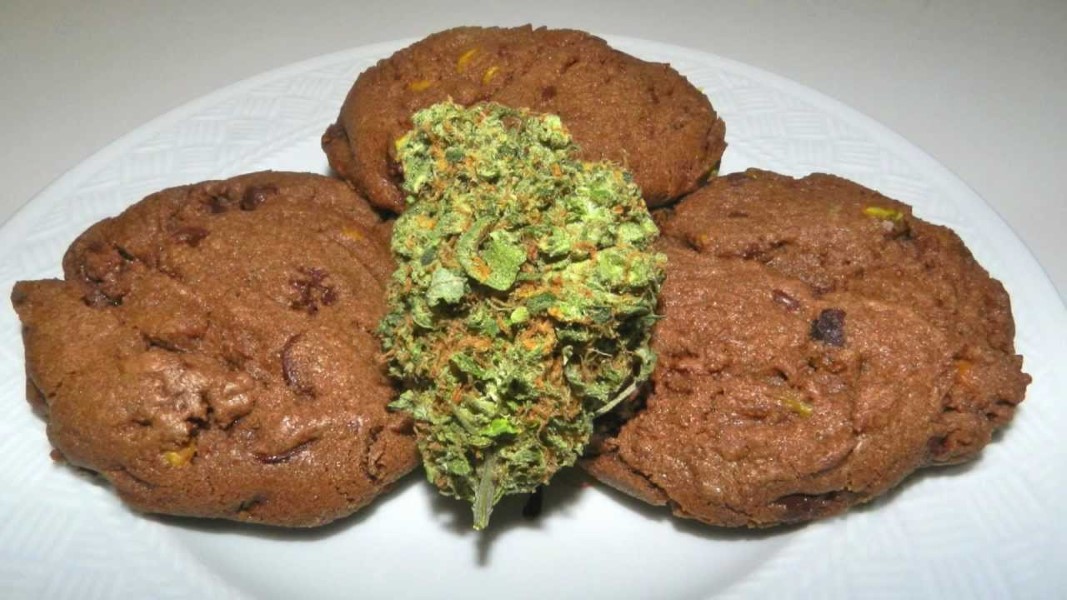 Jones initially denied knowledge of using weed in his batch, but on searching his residence, police found hash oil stashed away.

Here’s a copy of the police report filed against Jones: 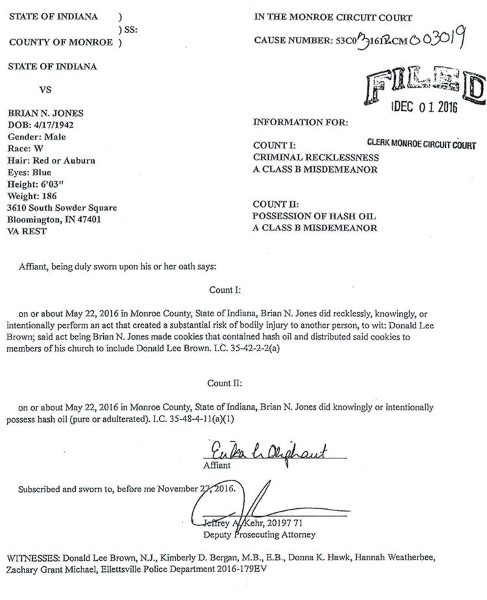 In a Facebook post from 2014, one of Jones’ sons wrote this: “At the Jones house, you are greeted with a fresh batch of cookies when you arrive. They call my dad ‘The Cookie Man.’”

Our kind of guy…