Queen Elizabeth II has just celebrated her 90th birthday and 65th year as the Queen of England. But according to one man from Colorado, she isn’t the rightful heir to the crown. He is.

That’s right, Wheat Ridge resident Allan V. Evans claims to have done some research and discovered that his lineage dictates that it should be him sat over Buckingham Palace on that throne…

He’s even gone so far as to take out a huge and expensive advertisement in the large British newspaper, The Times. In it, he lays out his plan to fly over to Britain and take the reins!

Here’s an extract from the ad that he put out: ‘Allan V. Evans… is a direct descendant of an unbroken line of primogeniture line legally documented since the 3rd Century. [Cunedda] married the Princess of Powys, whose direct descendant was the Cilman Droed Ddu, being the founder of the 4th Royal Tribe of Wales who was the King of Wales and the King of the Isle of Man.’ 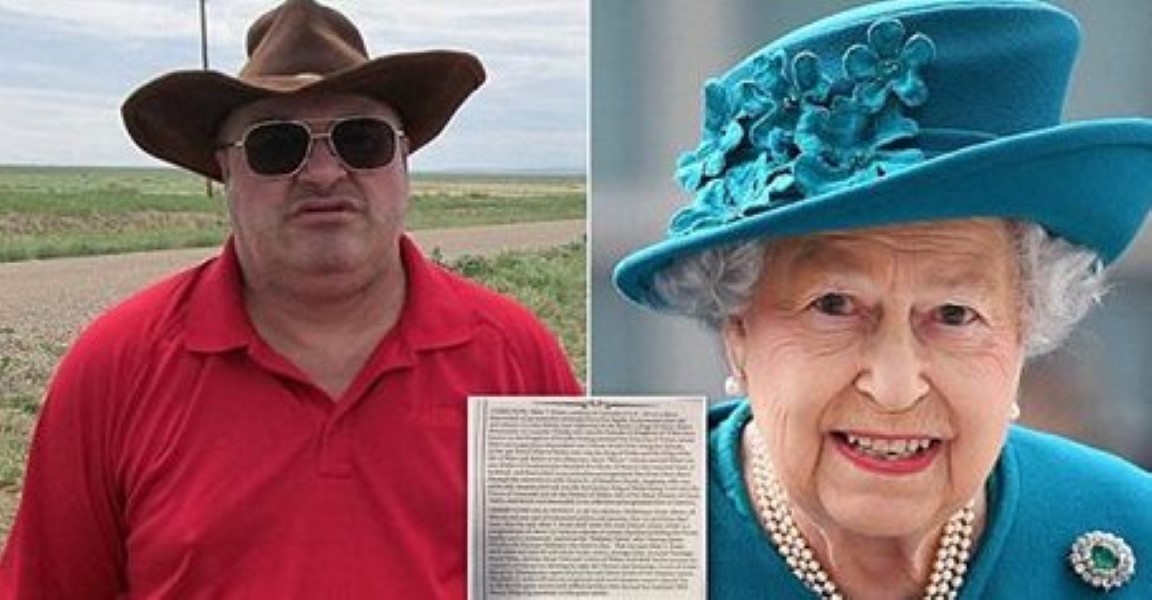 ‘Hereby gives legal notice, to all his relatives, Welshman, Scots, Manx, all Britons and any and all interested parties and persons, that in (30) thirty days’ time, that the said Allan V. Evans shall claim his royal estate which is a conglomerate of about (17) historic estates…’

‘Lady Britania who has contributed so much to the culture and history of the world shall be renewed and made great once again; for the legend was not a myth but was indeed true, and more than a mere Tolkien story, that the men of the West are now returning and now is the time of the return of the King.’ 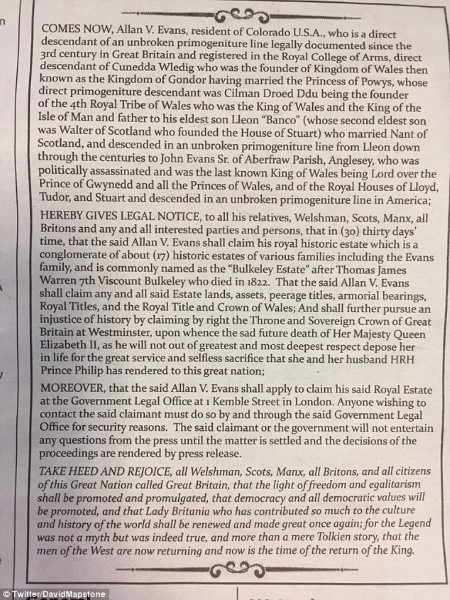