Anaheim, California. Cries of “Don’t shoot the kids!” and “Whose streets? Our streets!” rise up above the sound of traffic. As the night goes on, the anger builds up and spills over. Police make as many as twenty five arrests as civil disobedience threatens to reign supreme. Cops manage to calm things down, but it’s touch and go at points. Why? Well, the people are unhappy… With them.

It all centred around a video which leaked in which an off-duty Los Angeles police officer is seen manhandling a young teenager, screaming at him and then pulling and firing his gun during a confrontation.

“As a father and as a police chief, I too am disturbed by what I saw on the videos that were posted on the Internet,” Police Chief Raul Quezada said of the events in the video. Although his department have not arrested or charged the man in the video. 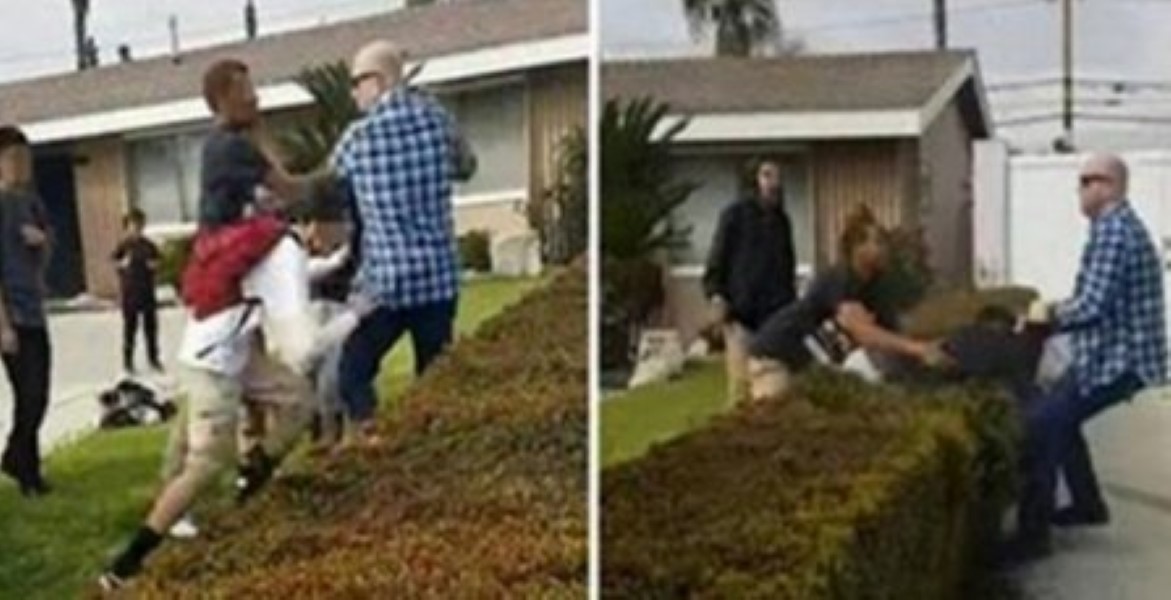 “Let go of me,” the teen can be heard yelling as the clearly amped-up adult holds onto his sweatshirt, pulling him about the place. “I’m only like freakin’ 13!” 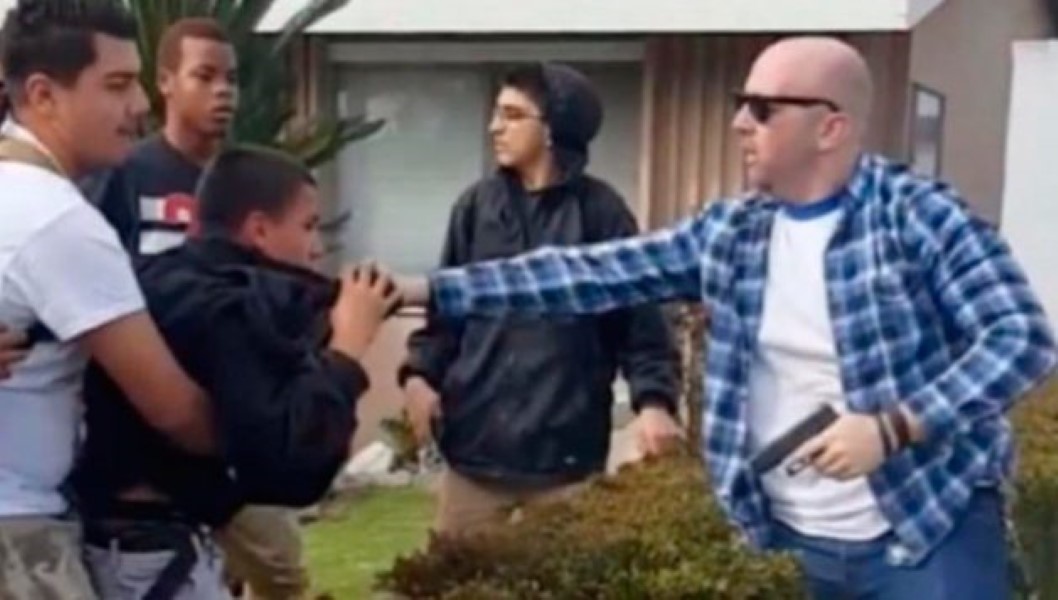 “At the end of the day there is no justification for him to pull a gun out, and he pulled it out around a crowd of children,” one irate female protester told a local TV news station during the protests.

“If he is a police officer, he should know better,” she went on. 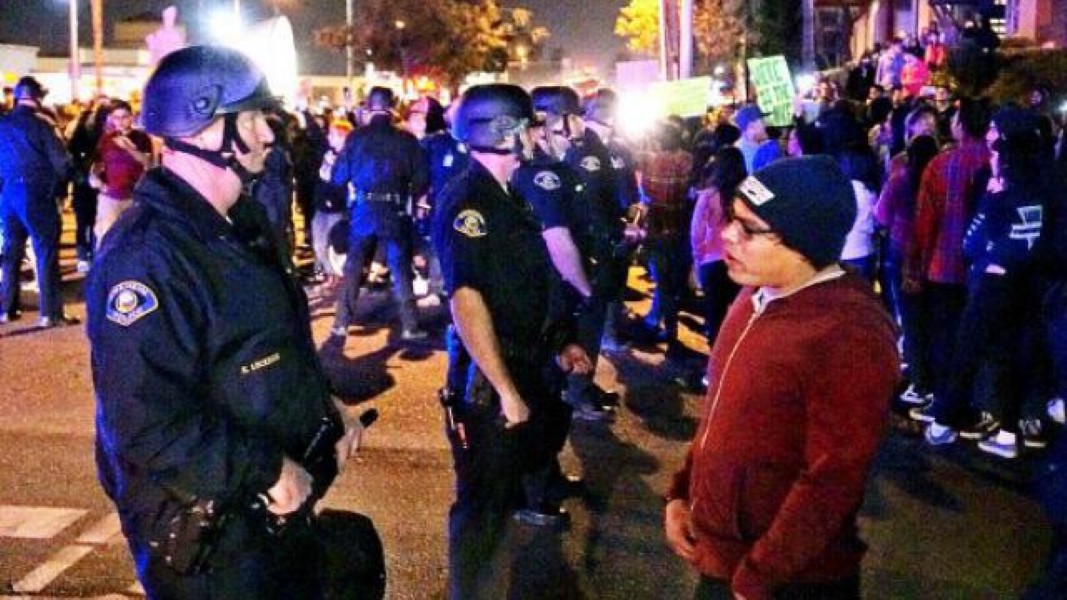 Here’s the incident that sparked it all off…

And here are just some of the nasty scenes that unfolded this week as people’s disgust over the incident spilled over into violence: