San Antonio, Texas. A woman was having issues with her internet connection and so organized for AT&T to address it. They sent a sub-contracted firm out to deal with it and look at the fiber optic cables. But it wasn’t sorted out. For some time…

The woman got annoyed and chased it up. Then decided to check her CCTV camera to see if the guys that attended actually did anything. And they did. Just not work. They had a fight! And a terrible one at that.

“I have a security system … that is linked to my phone and alerts me when there is someone in whatever the areas is of the camera. My indoor camera kept going off repeatedly, which means my dog was going bananas. I knew they were working in the backyard today so I opened the live video and BAM.”

“Honestly, I couldn’t tell if they were playing around and wrestling or what. Then I saw some sissy hair pulling and thought, ‘Oh no way! This is for real!’ Two grown men rolling around pulling hair like a bunch of sissy pants.” 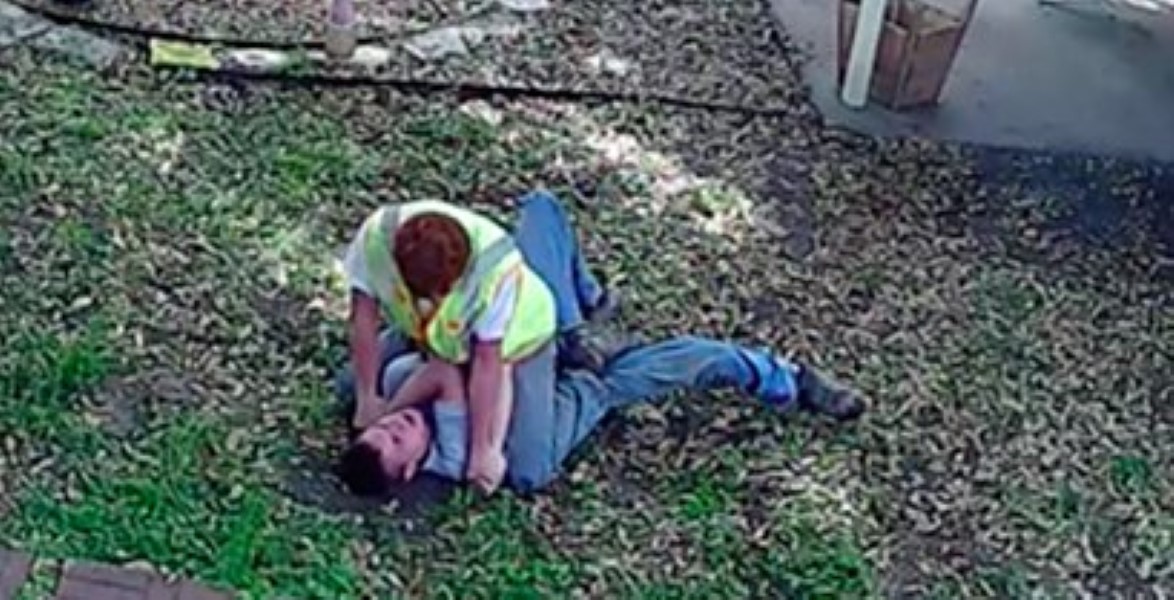 “We watched it live for a good minute until they tuckered out. All four of us girls were dying laughing asking one another, ‘Are they really fighting, what is this? What’s happening? OH, HE PULLED HIS HAIR THEY ARE FIGHTING…KINDA…’”

“I do think it’s extremely funny, but I also see that this project has taken an extremely long time (months) to complete and now I see why. They didn’t hurt anything but themselves and their careers. I did notice one of them stepped in some dog s***, so maybe they’ll need a new pair of shoes.” 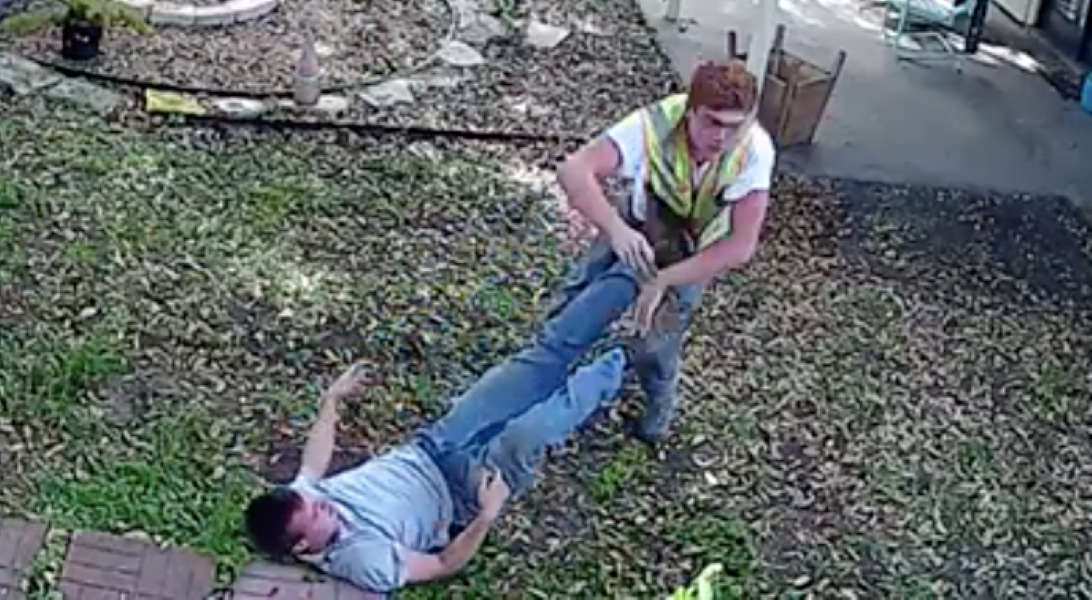 This is the sissiest fight ever. It’s actually quite impressive.