A boy from Wimauma, Florida ended up in hospital the other day after his ‘pet’ water moccasin bit him on the lips. 18 year old Austin Hatfield had caught the venemous critter several days before in his girlfriend’s back yard and, because he’s clearly a dumbass, decided to keep it as a pet as opposed to leaving it alone because it’s a dangerous snake and not a puppy or a kitten. 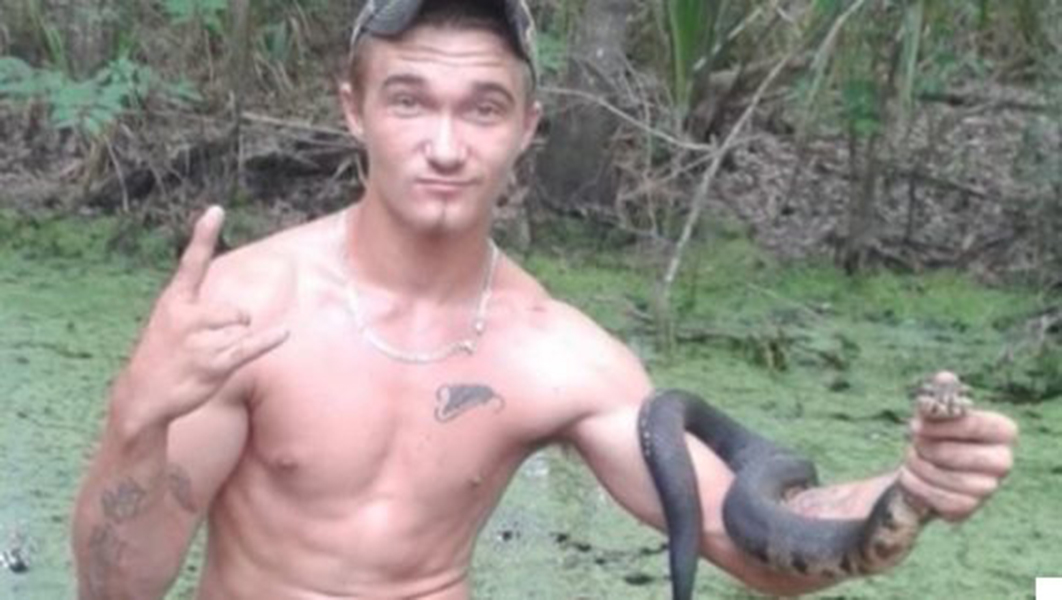 Hatfield – who appears to have no understanding of what a specialist field the keeping of dangerous reptiles is – didn’t keep the snake in a heated tank with water and a plentiful supply of food, but instead kept it wrapped up in a pillowcase. Hatfield would pull the snake out of the pillowcase and kiss it to impress his friends, despite having no clue when it was last fed, or that it might be growing increasingly irritated by being handled and hungry. 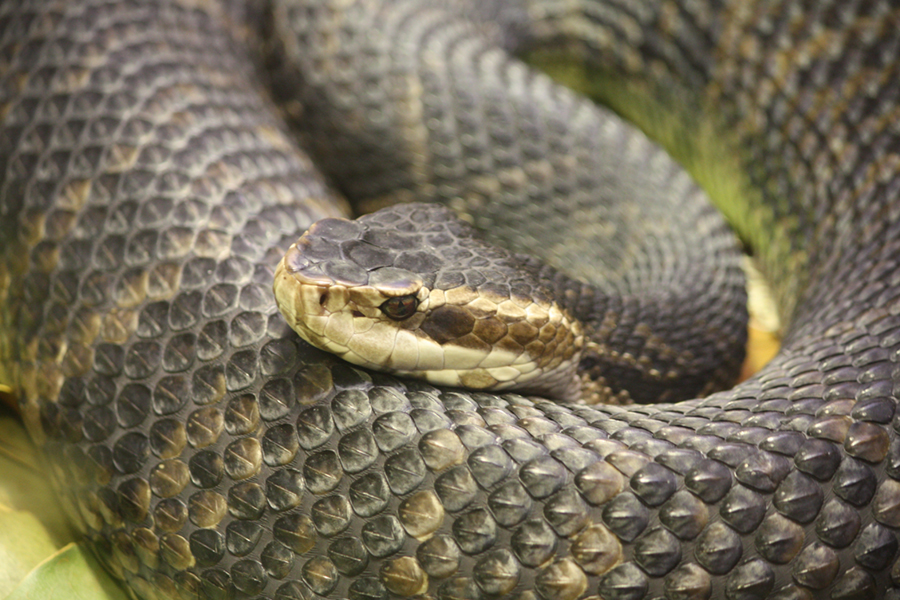 The water moccasin – or cottonmouth, as it is also know – is a species of pit viper found in the south eastern United States, as well as islands off both the Gulf and Atlantic coasts. It is a species of semi-aquatic snake that can be found both on land and in the water. Although its aggression has been exaggerated, it can become extremely irritated when its territory is invaded or, say, when a moron yanks it out of its natural habitat, stuffs it in a pillowcase, doesn’t feed it and brings it out every now and then to land it a kiss on the smacker.

The inevitable finally happened to Hatfield a couple of days ago. His friend, Jason Belcher, takes up the story:

“He took it out, put it on his chest and it was acting funny, and it jumped up and got him. He ripped it off his face, threw it on the ground and he started swelling up immediately. It was pretty frightening.” 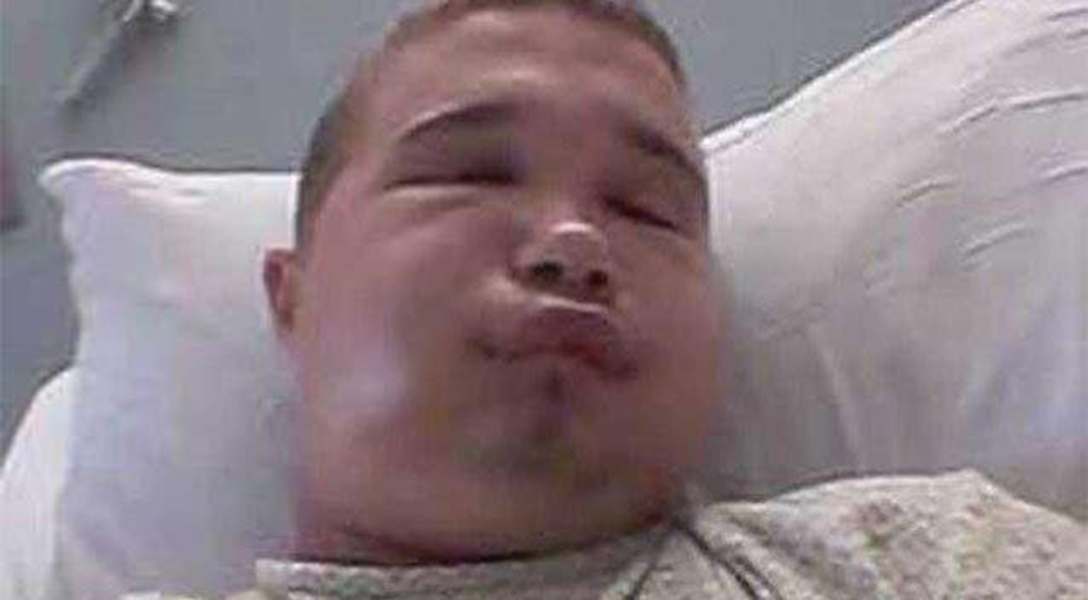 Hatfield was rushed to hospital suffering from being bitten in the face by an angry snake, and doctors worked tirelessly to bring his condition under control. He is now in a stable condition and recovering. However, that’s not the end of the story. As yanking cottonmouths out of their natural habitat and keeping them as pets without first attaining a permit is illegal in the state, the Florida Fish and Wildlife Conservation Commission is investigating the incident to see if charges need to be brought against Hatfield. If he is found guilty, he could face a fine and even jail time.

Nice work, Austin! Perhaps next time you want a pet, you might want to consider getting a rabbit instead. Check out the full report here: