Brock Lesnar‘s not an easy man to beat in a fight. Whether it be UFC or WWE. So when the highly anticipated fight between him and the 49 year-old wrestling legend Goldberg at the WWE’s Survivor Series was announced, most didn’t give the old timer a chance. But those people couldn’t have been more wrong…

We saw a truly dominant Goldberg here. People thought it might be an epic battle, but it reality? It was over in next to no time at tim. Goldberg unleashed two huge spears and a perfect jackhammer to win the bout in double quick time. He speared the injured gut of Lesnar (that’s the big man’s weakness). Then finished him.

We’re pleased to see the WWE playing this whole thing out properly! Bring back Goldberg only to have the man lose would have been disrespectful – just like they did with Sting. 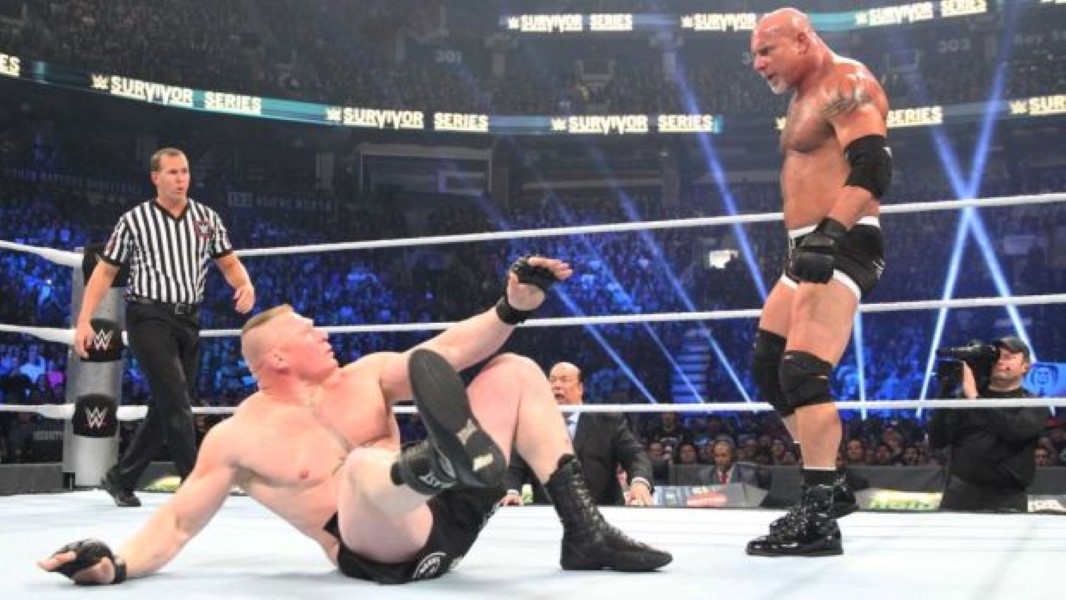 Let’s see exactly what went down, shall we?