Young Harris, Georgia. An angry dad gets into his digger and drives over to his daughter’s cherry red Audi A4. What’s he so angry about? Well, Mike Card had seen his daughter in her vehicle fooling around with a guy. At least that’s what we presume was meant by ‘someone in the car that shouldn’t have been’ – Card’s excuse to go crazy and smash up a $15,000 vehicle.

Apparently the car was in ‘in perfect shape’ before the livid father went mad and decided to smash the Hell out of it with a digger in a fit of anger. This dude has got serious anger issues, hasn’t he?

We’re not sure the message Card is trying to send to his daughter here, really… ‘NO BOYS’ – okay, we get that one. But what about ‘if things don’t go your way, do something insane’. Is that one? 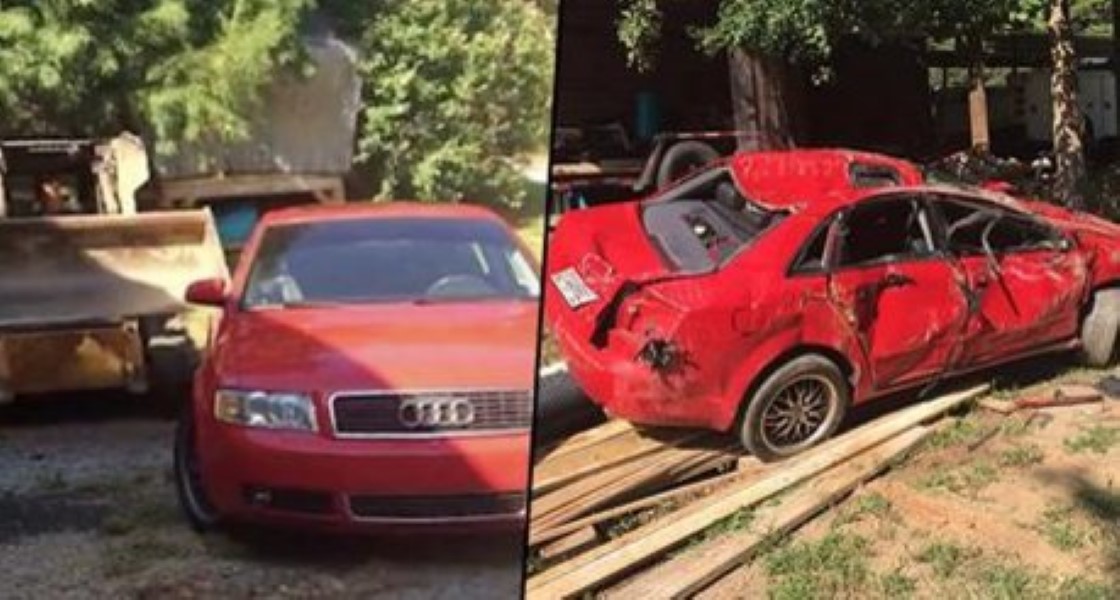 Craziness from this dad. How does this make sense? Ruining your daughter’s expensive car (that you probably paid for) just ’cause she made out with someone? Damn rednecks…