“Please stop! I promise I won’t do it again! Please stop!” That’s what Erika Burch heard when she was in the Cleveland, Texas Wal-Mart recently. She looked up to find a big fat guy with his kids. He had a fistful of his daughter’s hair in his hand, while pushing his cart. She was in a lot of pain.

Erika reported the child abuse that she’d seen to a cop outside. He told her to forget it, that it wasn’t her business and that the man was entitled to ‘bring up his kids however he wants’. Shocked, she took the story to social media and it’s gone big.

You’ve got to wonder that if this ‘man’ is prepared to hurt his kids like this in public, what does he do to them in private…? 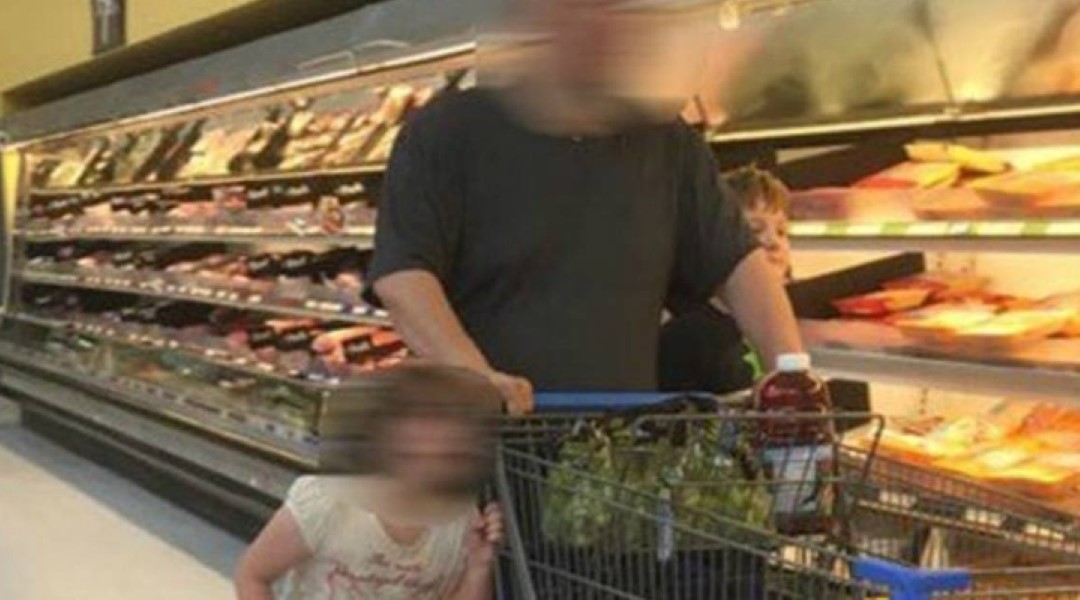 This shocking incident prompted Erika to hit Facebook with the photos. Since then people have become outraged and it’s gone viral. Here’s what she said: 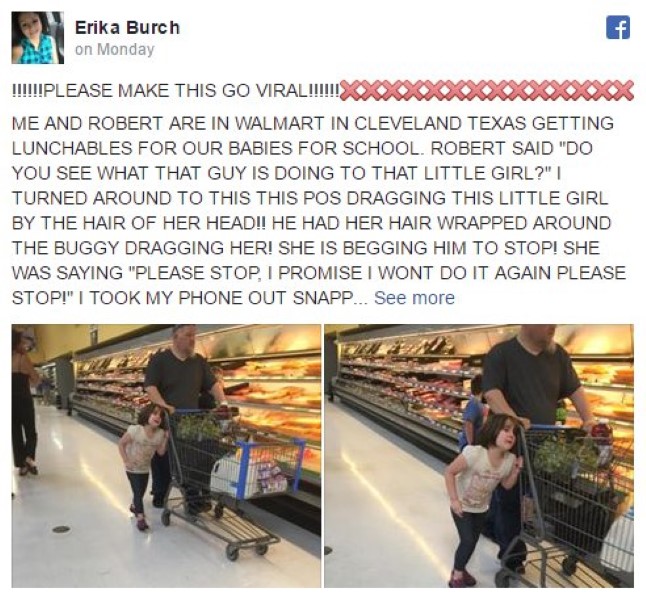 This man needs to be stopped. This ain’t right…