It’s pretty safe to say that Republican Presidential nominee Donald Trump splits people. He divides opinion. You either love him or hate him. But wherever you stand on the former Apprentice man, you’ve got to admit, printing explicit photographs of his wife is pretty lowbrow journalism.

But that hasn’t stopped The New York Post from doing just that. The snaps may be from Melania Trump‘s old modelling days and be twenty years old, but they’ve splashed them all over their last couple of front page.

Trump and his team aren’t fussed, though. His Senior Communications Adviser, a man named Jason Miller, defended the photos, saying this about them: “They’re a celebration of the human body as art. There’s nothing to be embarrassed about. She’s a beautiful woman.” 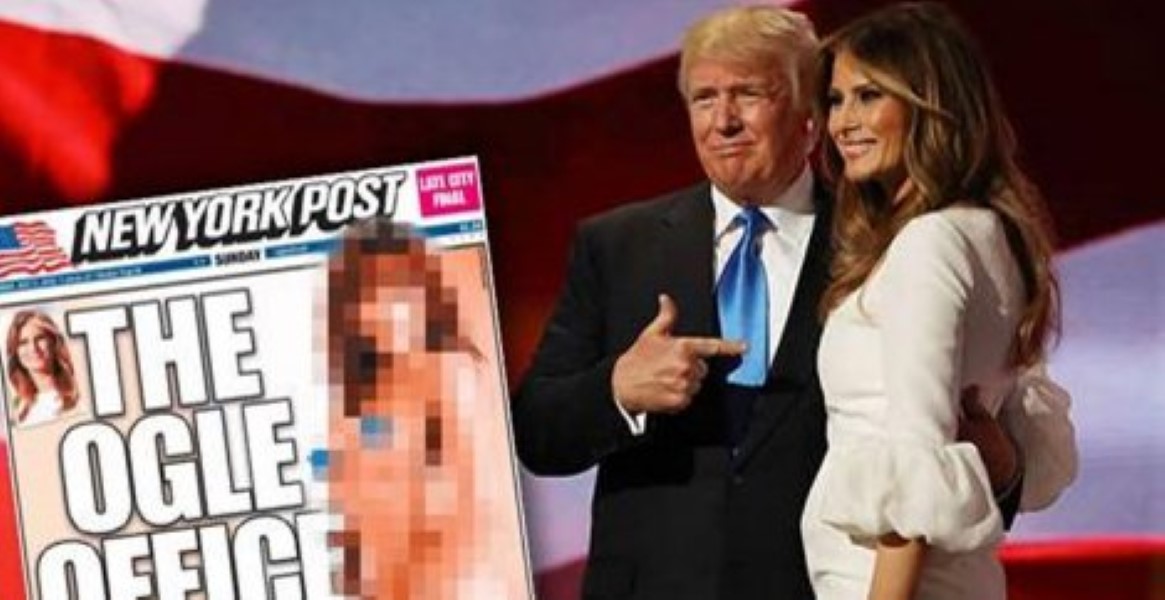 Here is the controversial front page in full:

And it wasn’t just a one-off, either. Here’s the very latest from them:

DAMN! We’re just glad we never saw any pictures of Barbara Bush like that!