The Coachella Festival. It’s one of the world’s greatest music festivals. We already told you about how Ice Cube had coaxed a few of his NWA boys out with him for a performance. But the main story? No Dre. Fans of NWA didn’t have to wait for long for the full reunion, though. And we’ve got a clip of what went down for you below. Eazy-E’s son even filled in for his much-missed old man.

Weirdly, they didn’t perform any old NWA tracks, but the guys did treat the crowd to renditions of Dre’s hit ‘Still Dre’ and even the Tupac classic, ‘California Love.’

We’d love to have been there for it. 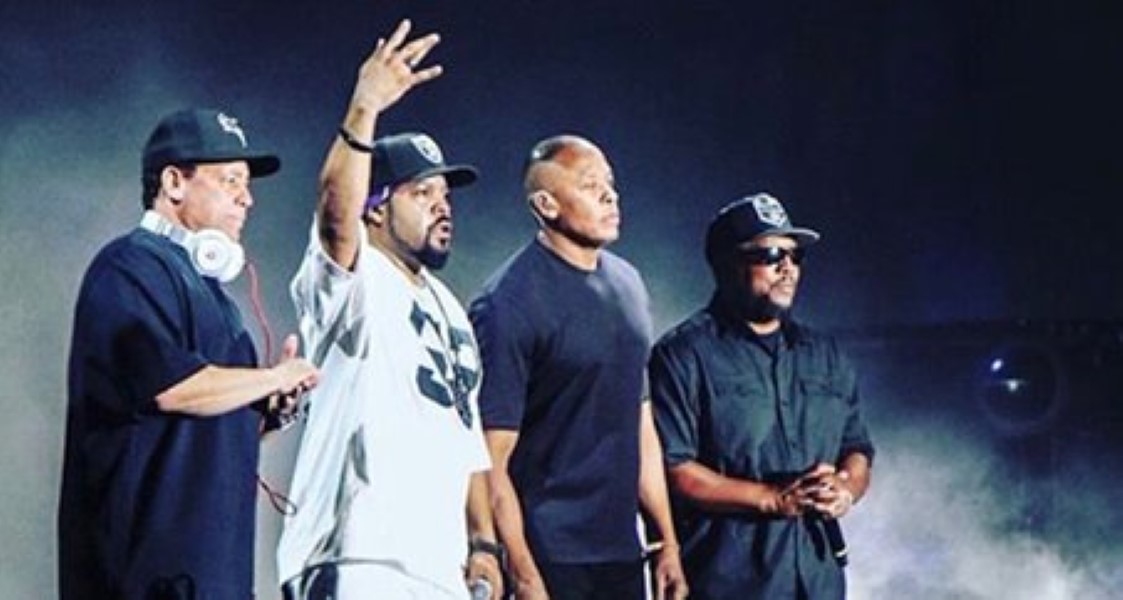 Here’s a clip from what looked like a truly awesome gig:

Currently – and arguably – the world’s greatest rapper even joined Cube on stage during the performance. Here’s Ice with Kendrick Lamar: