Two short years ago, a mugshot went viral showing a good-looking dude being all sultry and brooding. It was quickly labelled as ‘The World’s Sexiest Mugshot’ an it shot Jeremy Meeks to a level of fame he could never dream of.

‘Prison Bae’ – as he was also known – is now out and has been doing pretty well for himself since his exit from jail. His Instagram account shows a lavish lifestyle, which could either be down to his former life of crime, his new modelling work or a combination of both.

It seems – if social media is to be believed – that the man lives in a huge mansion, drives a $150,000 Maserati and has a gorgeous wife. 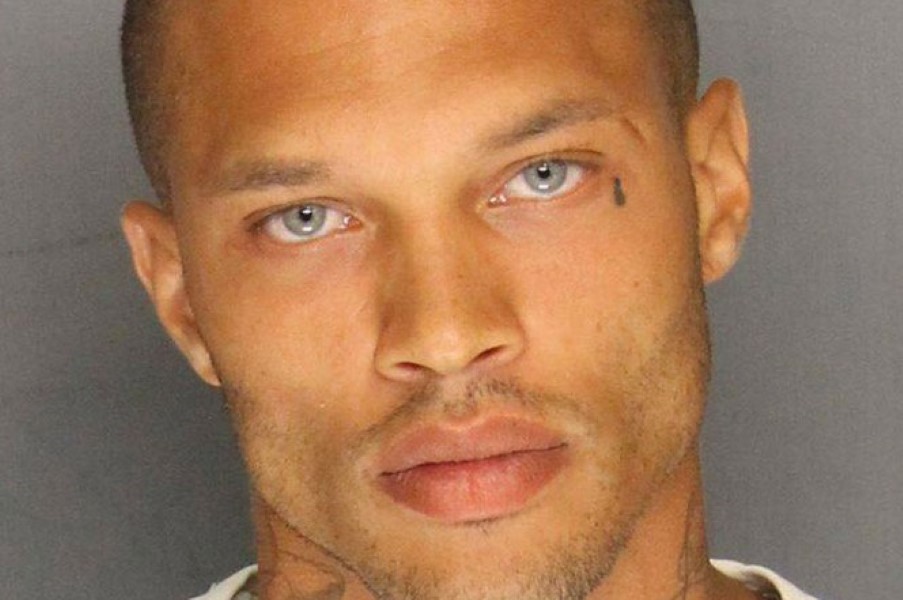 Here’s the proof… Meeks stood outside his huge new home, posing with his new sportscar:

Good to be home

And here is Meeks with his girl, celebrating their eight year anniversary…

And they say that crime doesn’t pay. Well, we suppose there is a chance that he earned this money legitimately. Let’s not be too hasty. We know he’s had some modelling work since he came out of the pen.

Although probably not enough to buy all this stuff.