The Irish tourist who was caught on CCTV taking on an entire mob in Istanbul, Turkey, could face up to 9 years in prison.

Mohammed Dobbous, a Kuwaiti-born Irish citizen was dubbed ‘The Irish Boxer’ after footage emerged of him punching and kicking his way through a gang of men in the Aksaray neighborhood of the Turkish capital.

However, things look to have taken a turn for the worse for Mohammed. He was subsequently arrested by Turkish police and charged with GBH (Grievous Bodily Harm), which, if found guilty, could see him spend 9 years in jail. 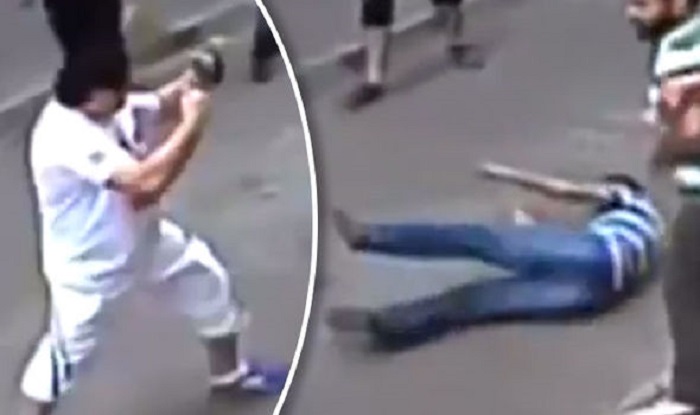 Dobbous denies the charges, claiming that the brawl arose from a misunderstanding about a refrigerator. He claims that he was attacked by the shop owner after the fridge door broke as he opened it to buy a bottle of water:

“When the bottles fell, the man in the shop tried to hit me with a stick. I grabbed it and threw it away. I was confused. Then, others came at me. I don’t remember their faces. One man tried to stab me in the back. I knew I would be done if I fell while they were attacking me.”

However, shopkeeper Senol Palan denies Mohammed’s version of events. He claims Dobbous had started the fight after one of his friends was told that the shop did not sell alcohol. He claims that the Irishman then broke the door off the refrigerator deliberately.

Turkish judges have adjourned the case for expert examination of the CCTV footage.