Police officers with the Riverdale Park Police Department in Maryland were forced to use a number of tactics to attempt and arrest a guy called Marcus Anthony Moratelli, who was high on PCP and kicking off in a McDonald’s recently. But everything they tried failed… The cops pepper sprayed him, hit him with their batons and ever TASERED him. To absolutely no effect.

Moratelli was shouting at people and throwing chairs around, prompting staff to call in Riverdale PD. But what they assumed would be a routine arrest turned into an epic battle and the shirtless guy just couldn’t be put down… 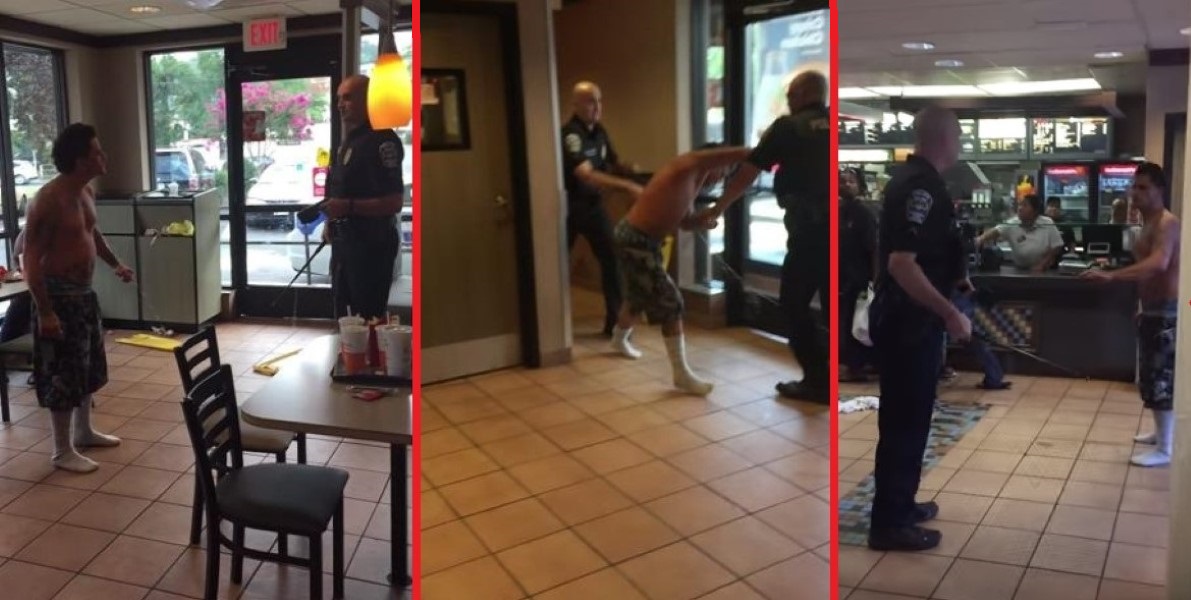 Were the police being heavy handed? It’s hard to say. What we can say is that the man had a lengthy criminal history and wasn’t calming down after being talked to.

It took police almost ten minutes to finally get the man out of the restaurant and under arrest. Apparently the area has seen an increased number of PCP-related problems after a huge amount of the synthetic drug hit the streets locally.

The police in restaurants. It can really freak people out!