This is Li Xin. Li has an unusual job. For the stuntman, based in Nanning, China, spends his working day balancing on his head … on top of a sharp metal spike! Yes, the 47 year old rests his entire 10st 7lb frame on the spike, putting huge pressure on his skull. This has lead to him developing a permanent imprint on his scalp and skull. 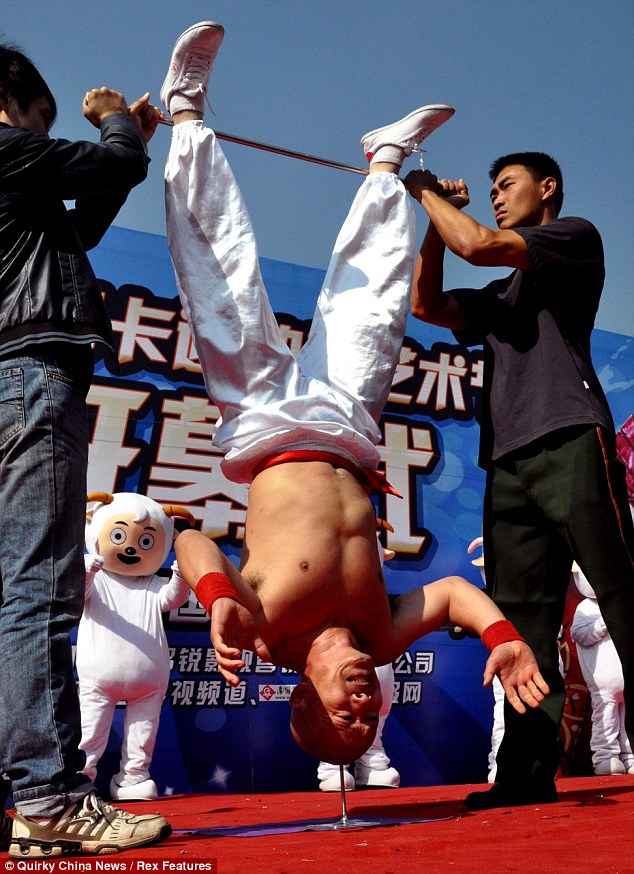 Li has been practicing the trick for 20 years. It involves him doing a headstand, before lowering himself onto the spike – with the help of two assistants. He then stays up on it for ten seconds at a time. Most would struggle to hold a headstand that long, let alone rest their entire body weight on a ten inch nail! 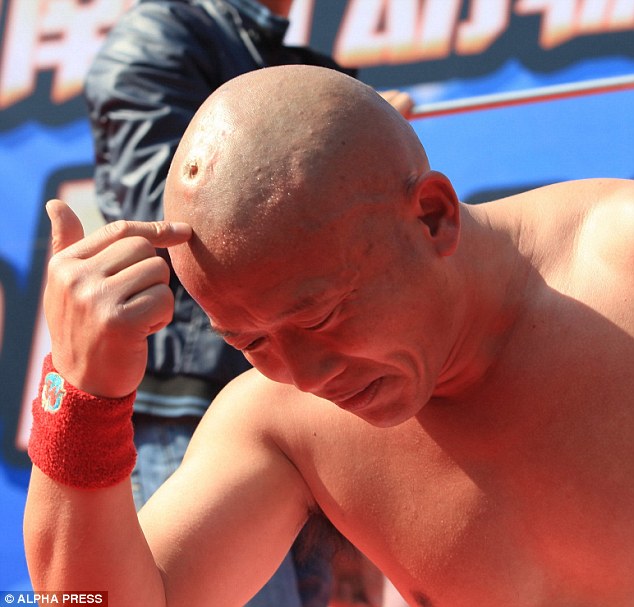 Couldn’t he just work in an office instead?