West Covina, California. A 28 year-old is in police custody after a bizarre attack which saw him decide to take a baseball bat to some windows… But not of a store or his ex-girlfriend’s house or anything.

He decided to try for a home run with the local police police station. And – what do you know?! – the cops didn’t much care for his behaviour.

At around 10.15am on Monday morning Christopher Rivas strolled up to the West Covina Police Department HQ with his aluminum bat and begun hammering at the windows at them, frightening two women inside the building. 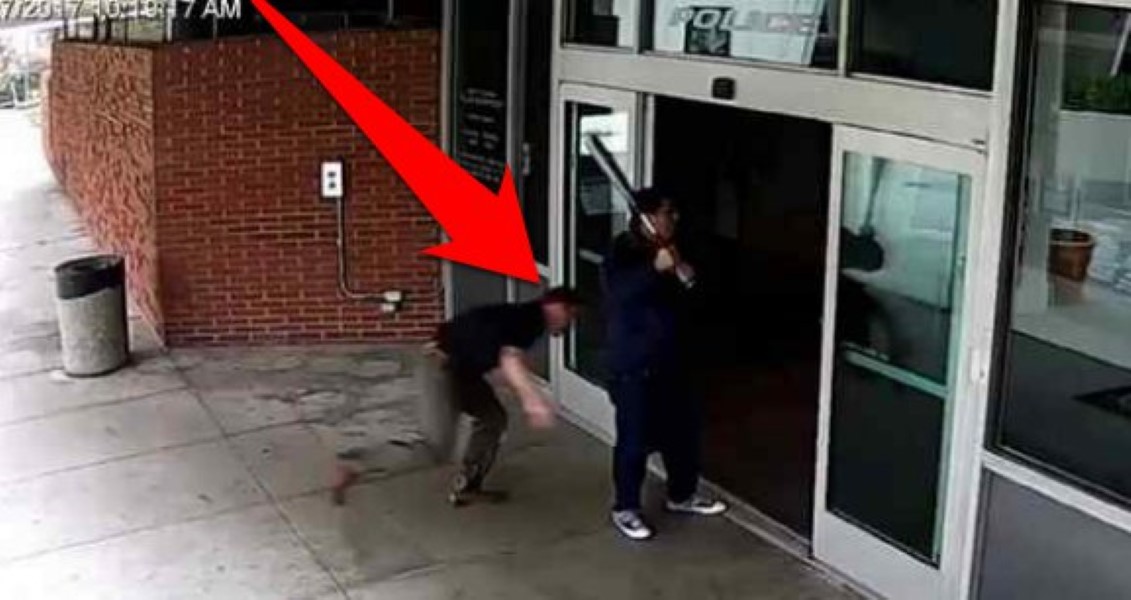 He begun to get more and more irate and out of control. And it required on officer to step up and risk a face full of metal bat to stop the guy…

CCTV surveillance camera footage shows a cop that was already outside the building spot what’s happening and sneaks up behind the man. Then, with an almighty push, he shoves the dude over, disarming him. The pair fly through the entrance door where there’s another cop waiting to arrest him.

Rivas was then arrested on a variety of charges including assault with a deadly weapon and resisting arrest. He suffered a few minor scratches and bruises but was fine after being checked out by the Los Angeles County Medical Center. 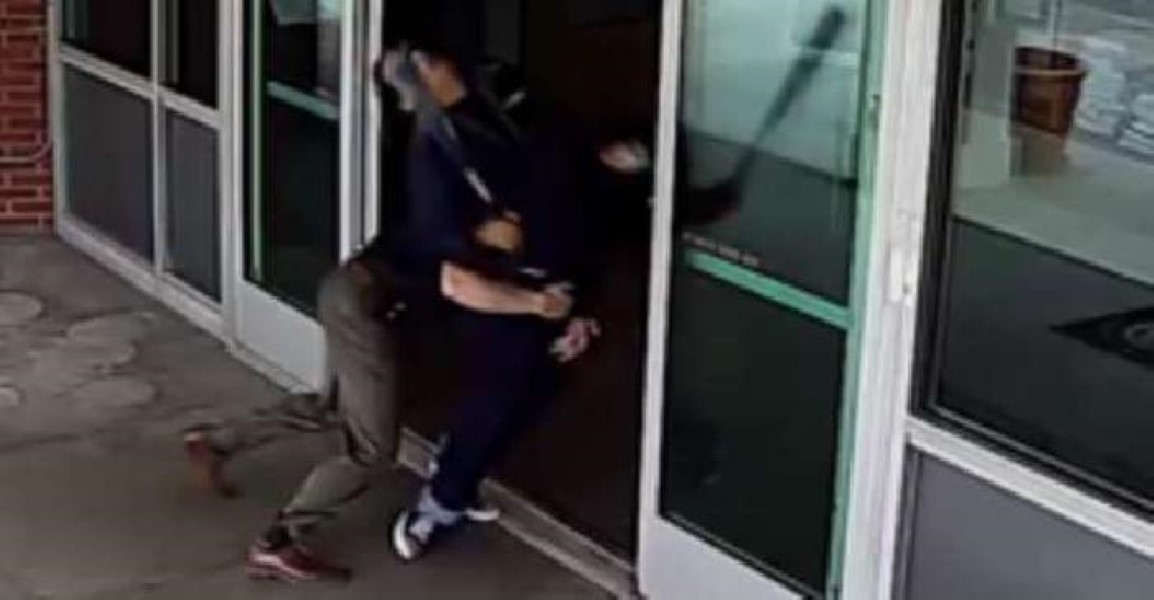