You’ll remember that back on August 26th, in a game against the Green Bay Packers, football player Colin Kaepernick knelt during the national anthem. It caused a huge stir. “I am not going to stand up to show pride in a flag for a country that oppresses black people and people of color,” Kaepernick later said.

Some people backed him, others criticized him. South Park? Well, they laughed at him. Like they laugh at everything. But NFL bosses aren’t laughing. In fact, they don’t see the funny side at all. They’ve even gone so far as to ban a commercial for the animated comedy series during Monday Night Football.

The ad features a gag about standing up at the national anthem and really isn’t all that offensive. We get Kaepernick’s thinking, but the NFL are being b*tches over this, we reckon. 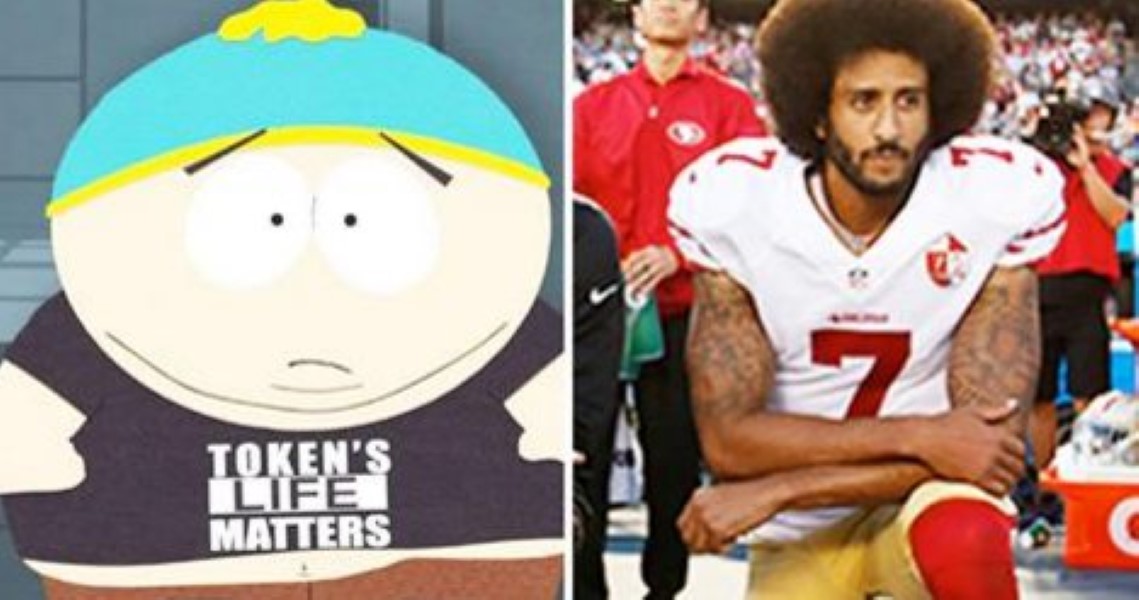 Here is the ad that’s been causing all the upset:

Don’t sit this one out! #SouthPark returns this Wednesday on @ComedyCentral with 10 all-new episodes! #mnf pic.twitter.com/EqEKquuf0g