Jimmy Kimmel‘s ‘Mean Tweets’ section is pretty funny. Celebrities read out a selection of the funniest and most offensive tweets written about them. The latest guest? President Barack Obama. And it was too funny. Especially when he read out a mean tweet from Donald Trump…

First he narrated some from the public:

‘My mom bought new conditioner and it sucks – it isn’t even conditioning my hair – I blame Obama’.

‘Barack Obama is the Nickelback of presidents’.

‘I bet Obama likes mustard on his hotdogs because he’s gross’.

‘Barack Obama… bro, do you even lift?’ The President shot back with: “Well I lifted the ban on Cuban cigars – that’s worth something.” Then things really get savage as POTUS reads out a mean tweet from none other than Republican Presidential nominee Donald Trump. The Quiffed One tweeted: ‘President Obama will go down as perhaps the worst president in the history of The United States!’ Obama’s reply? “At least I will go down as a president.” 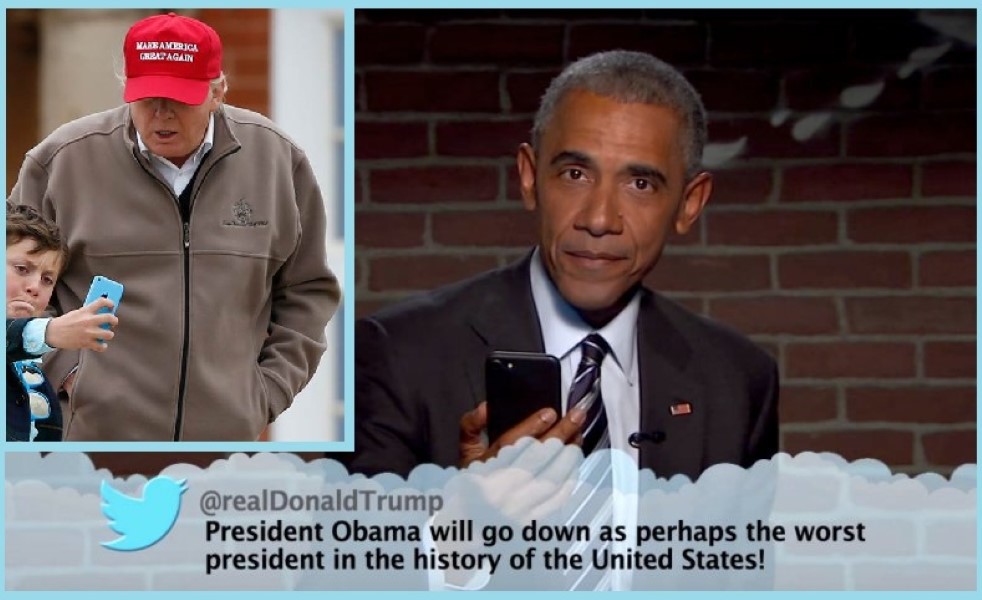 Here it is. Obama dealing with a few mean tweets in the only way he knows how to…