Looks like Ronda Rousey‘s much-anticipated rematch with Holly Holm isn’t happening anymore. We told you about a rematch not that long ago, but Rousey has pulled out. UFC boss Dana White claims it’s all about scheduling and her ‘taking a break’, but it sounds like she’s lost her love for the sport and wants to be a full-time celebrity to us. The news came direct from White – read what he said and make your own mind up…

“The way I look at this one is, Ronda has worked her ass off for us for the last three years. She’s been fighting, promoting and building the sport. If anyone deserves the time off, it’s her. What that woman has done is above and beyond what anyone has done. I mean, it’s just unbelievable what she’s done in the last three years. So when she tells me she wants more time, you know what? She’s got it.” 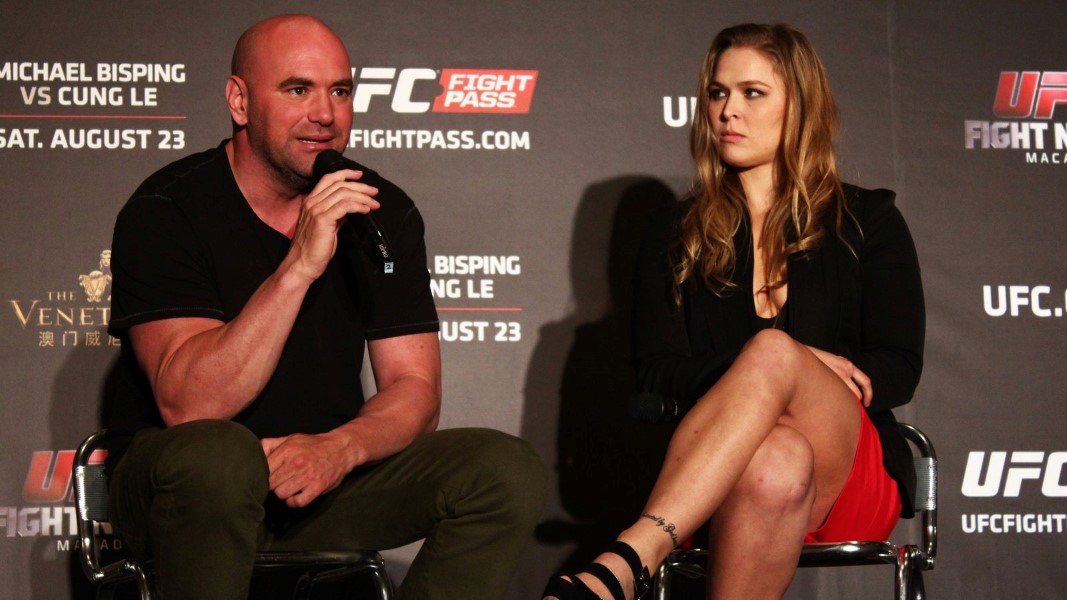 Hmmm… Sounds like PR spin to us from Dana White. We reckon that knockout kick to Holm’s face ended it for her. She’s running scared and lost her appetite for fighting. What do you think?

Remind yourself of what happened the last time the two met: