A bizarre video has emerged online which appears to show someone filming a Mike Tyson boxing match on their cell phone. Not weird in itself, until you realize that the bout with Peter McNeeley took place in 1995 – a full five years before camera phones were invented.

People are speculating that the person may be a time traveler who had traveled back twenty years to watch the Las Vegas fight. Paranormal expert Scott C Waring said “what we have here is a time traveler coming back to watch their favorite fighter and sitting in the front row seats. Back in 1995 they did have phones, but they didn’t yet have cameras on them.” 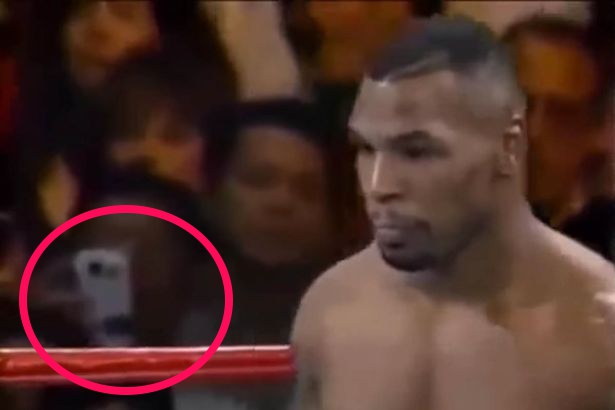 The video, which was released by a YouTube user called JammyBantam, was first uploaded in September 2015, but only surfaced this week. It shows Tyson preparing for his fight whilst a member of the crowd appears to film the action inside the ring on a smartphone.

What do you think? Is this a time traveler?