William Kassouf and Griffin Benger are two of the best poker professionals on the circuit. They each have their own style and tactics and it’s pretty safe to say that they annoy each other at the table. Canadian Benger is straight-laced and traditional, a bit of a square. Kassouf is a Brit – cocky and self-assured, always talking.

The two were playing a hand in a big competition recently (the World Series of Poker being hosted in Las Vegas) and the stakes couldn’t have been higher. Maybe that’s what caused Benger to lose his cool… Hey, there’s nothing like $5.6m to get the blood pumping, huh? And to be fair to him, Kassouf is an irritant.

“What do you want me to do? Want me to go all in or fold? Talk to me. Play for the win…” Kassouf kept saying. “You’re just an abusive person, man, it’s not funny,” Griffin Benger replied. “It’s called being a bad person. You should really check yourself.” 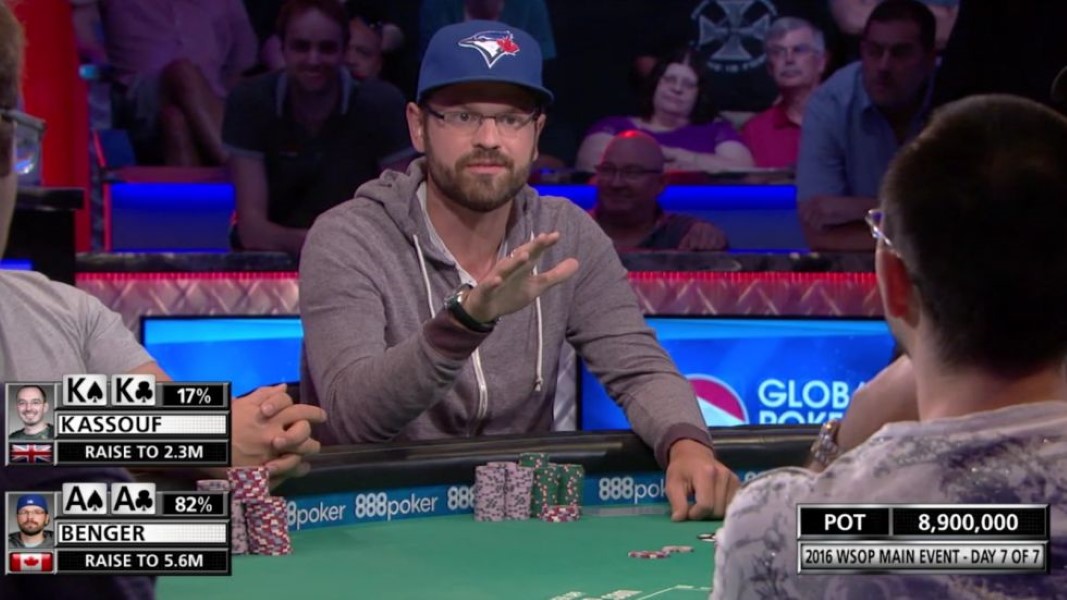 The argument continues… The hand is played. Who wins? Find out!

This is intense. Well, it would be for that kinda money… Check it out: