Altamira, Pará, Brazil. Workmen find what might just be the world’s biggest snake. Their work on the construction of the Belo Monte dam sees them needing to blow up a cave. After the rubble and rocks are moved, they find a HUGE anaconda. One which also defies belief. Its size staggers all who see it.

There is some discussion and controversy online at the moment after the workmen have been accused of catching the snake and killing it. But c’mon… Ain’t no one catching and killing this thing. It’s much more likely that the snake died during the explosion.

The video shows it chained to a truckbed and shows just how big it really is. It’s thought to be 880lbs and 32 foot long. See? We told you it was big. 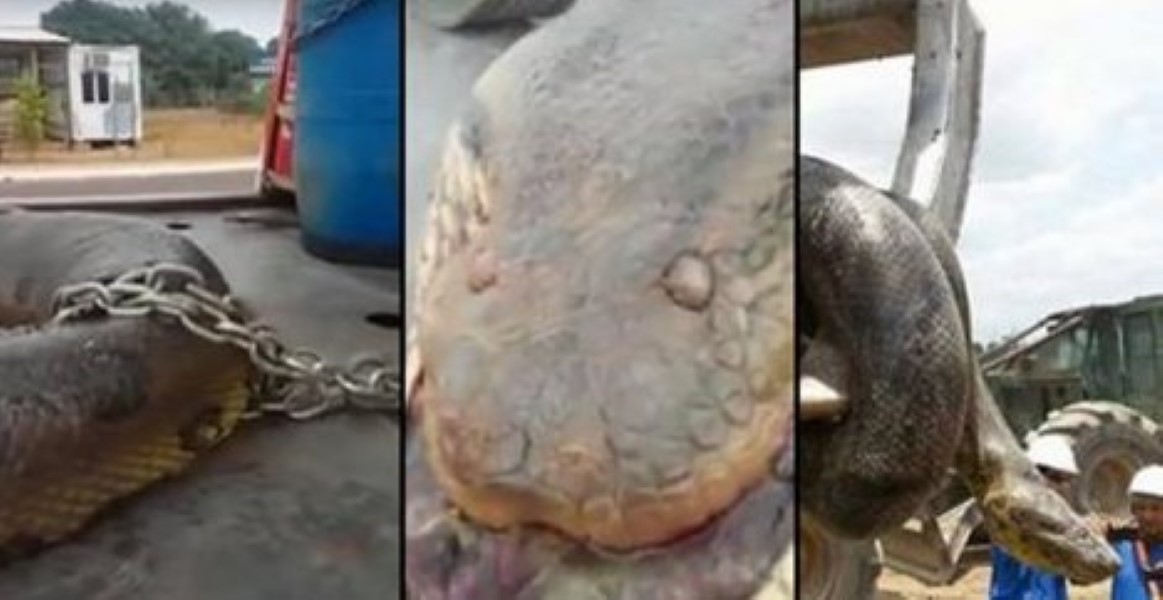 What a monster. And we mean that quite literally. Have a look: