November 12th at Madison Square Garden in New York City. It’ll be UFC 205. The biggest fight on the card? Eddie Alvarez, the lightweight UFC champion Vs. Conor McGregor, the most famous man in the sport. The Irishman will be tested here, but will be confident – he’s always confident. And, after this intense staredown, he knows he’ll have the crowd on his side.

Alvarez is in bullish mood ahead of the fight too, though. Here’s what he says about the prospect of the fight: “I’m a prize fighter. This will be the biggest prize to date but here’s the thing: he wants my belt. He says, ‘beg, beg, beg’ but he wants my belt. My money’s already my money.”

“It’s already cashed, there ain’t nothing he’s gonna do about that. It’s my money. The belt, he ain’t sniffing at this belt. He ain’t got a shot at this belt. So I’m getting what I want at the end of the day. He will not get what he wants.” 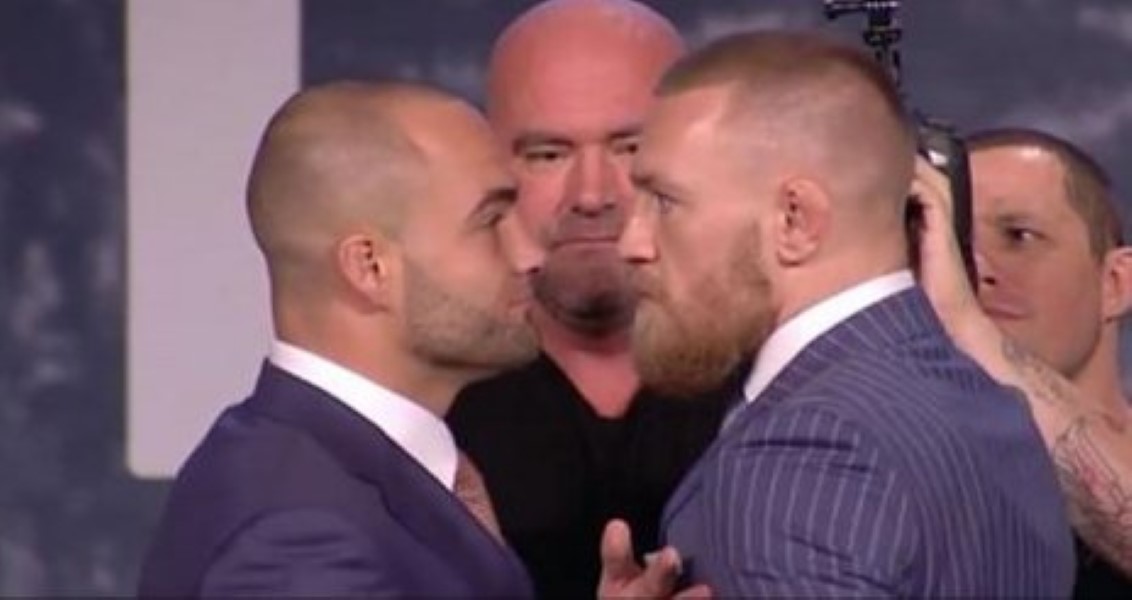 Here’s how the staredown went down. No love lost: