David Blaine’s done some pretty incredible things since he burst on to the magic scene back in 1997. In the intervening 18 years, he’s been buried alive for seven days under a box filled with water; he’s been encased in a block of ice for three days; he’s stood atop a 100 foot pillar for 35 hours without support or safety equipment, and he spent forty four days suspended in a glass box over the river Thames in London, England for reasons we can’t quite explain. Along the way, he’s also performed some pretty dazzling magic tricks and amazing illusions. 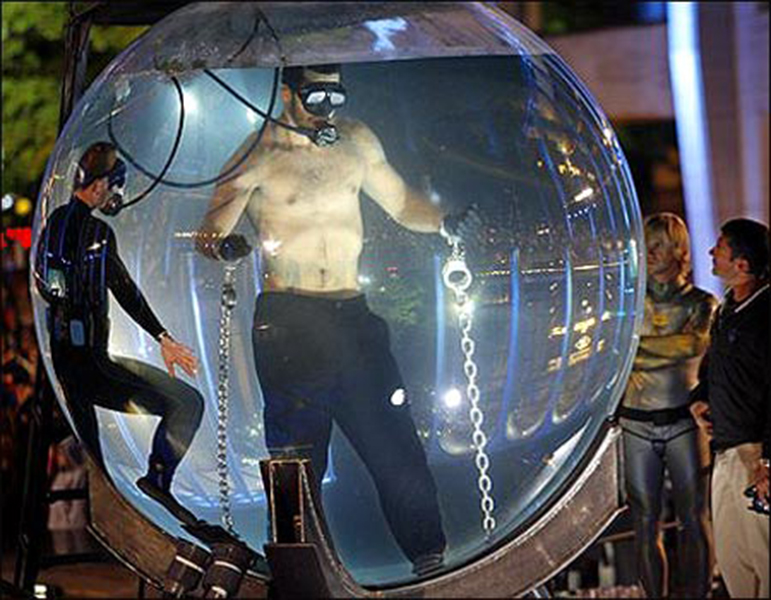 Harrison Ford, meanwhile, has taken on the evil Darth Vader and the Galactic Empire and won. He’s also recovered the Holy Grail, the Ark of the Covenant, the five ancient Sankara stones and some crystal alien head thing the Russians and Ray Winston were trying to get their hands on for complicated and confusing reasons. As President of the United States, he stopped Gary Oldman from blowing up Air Force One; he spent time working with the Amish community to build a barn, and he spent a considerable amount of time finding the killer of his wife despite the best efforts of Tommy Lee Jones. 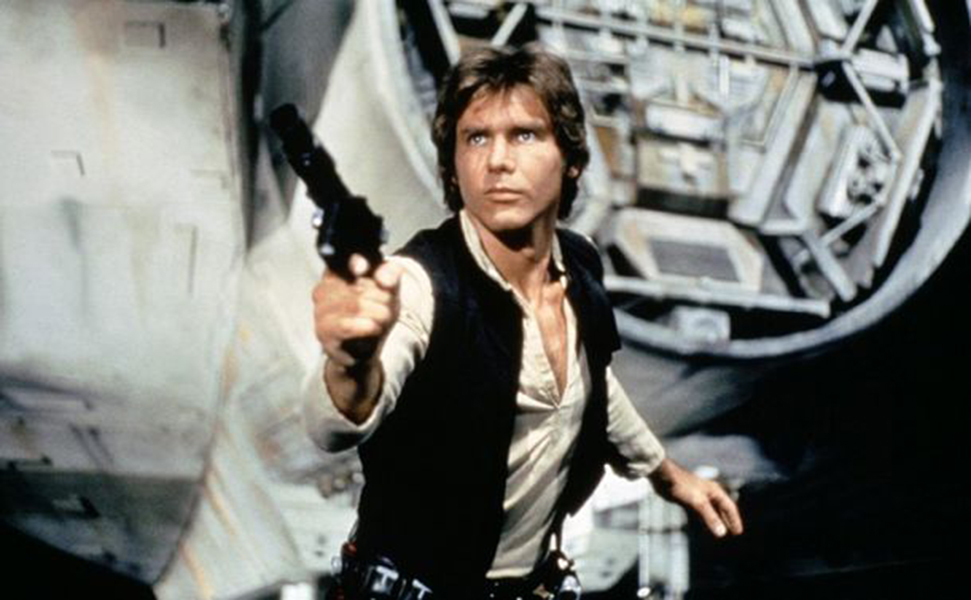 Of course, those are some of his famous movie roles. In real life, Ford is a well-respected – if notoriously grumpy – Hollywood actor who has a reputation for not taking any sh*t from anyone. So what happens when David Blaine shows up at Ford’s house to perform a mind-blowing card trick? His response, as the following video shows, is both hilarious and pretty damn thug.

Check it out and remember – NOBODY messes with Han Solo!