David Haye is a British heavyweight making his way back into the game after coming out of retirement. The London-born ‘Hayemaker’ is usually pretty relaxed and cool before fights, but not so here… He’s lined up to take on Tony Bellow, the Liverpudlian boxer who starred as the main opponent to Creed Jr. in the latest Rocky movie, Creed.

Bellow is stepping up a weight division from cruiser to heavy for this fight and so goes into it as a bit of an outsider. But he’s already turned on the mind games and looks to have got into David Haye’s head… Haye even PUNCHED Bellow yesterday.

“He’s such a diva,” Bellow said at the presser. “All these stipulations he put in, I’m surprised he didn’t ask me to carry him to his seat in the press conference, to be honest. Do you want me to do your hair as well? My demand was ‘let me pick my own gloves and get in the ring’.

“He’s unbelievable – the biggest diva in boxing I have ever seen.” 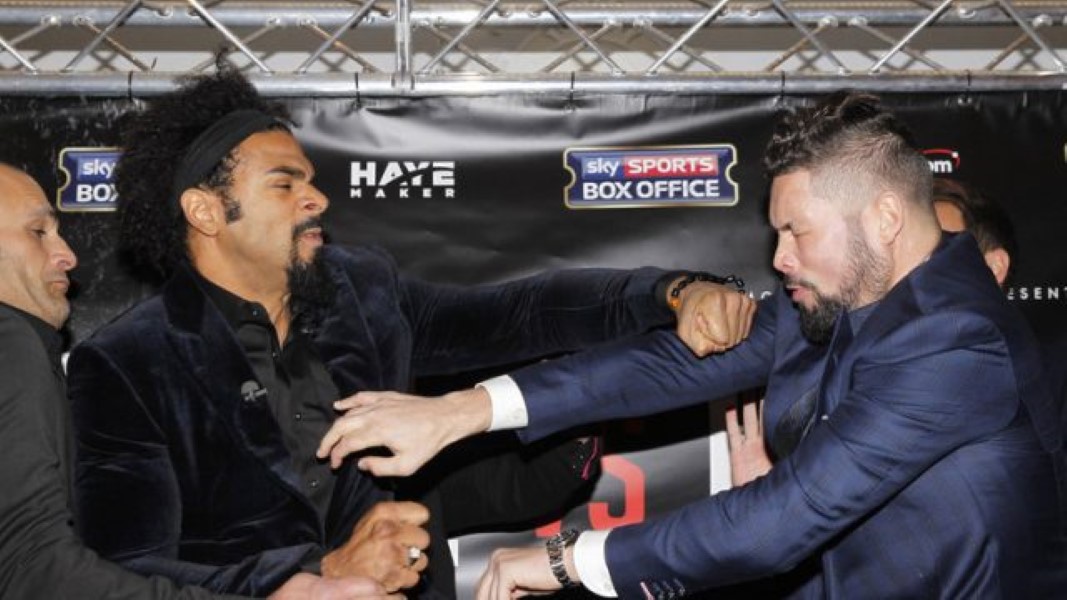 “He’s got this thing that I’m scared of him. All those stipulations you put in. ‘I want the ring this size, I want the mat that size’… Listen mate, I’m not going to run from you. I know you believe I’m going to run”, Bellew went on.

Haye LOSES IT here. Check it out: