Upper Amazon, South America. In a nearly abandoned military outpost, a former US Army Green Beret who’s studied Kung Fu San Soo is about to embark on a no-holds-barred fight with an active duty Peruvian Special Forces Officer – a Karate expert. The fight isn’t to last very long at all, though. In fact, it takes about a second for the American to come out a winner. By employing some pretty drastic measures indeed…

“The eyes are my favorite target, for a lot of reasons,” the ex-Green Beret says. “What you couldn’t see in this video was that we were fighting in a human circle, surrounded by support staff and other Peruvian Special Forces soldiers. I was there alone, with nobody to watch my 6.

The intent on the straight finger to the eye was to freeze his base, and try to get him to pull his head back, which is what usually happens. In this case, he didn’t pull his head back because he had already fully committed to his movement.” 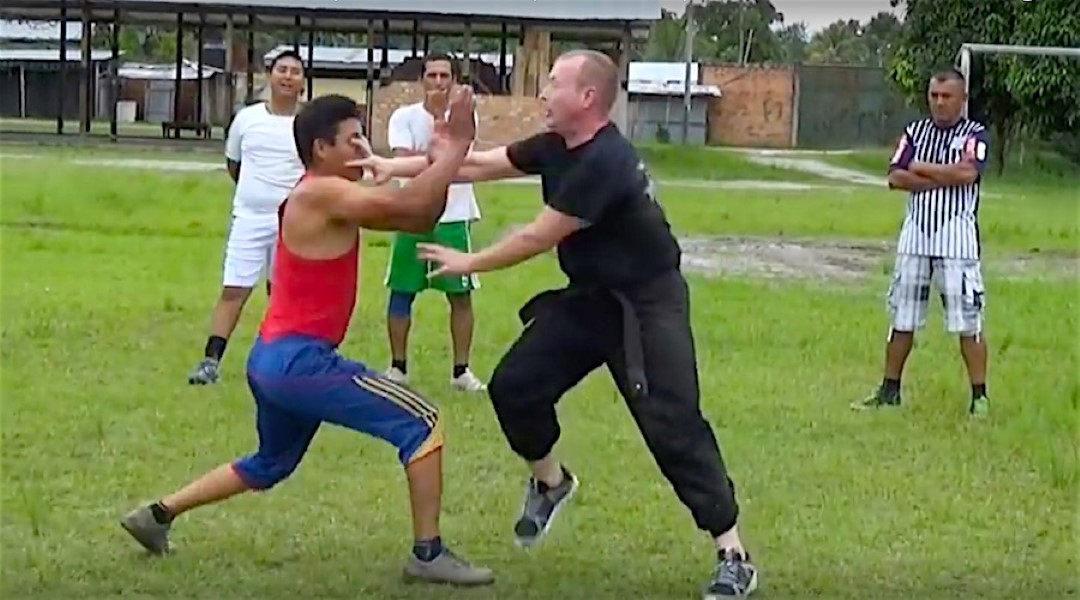 “I felt squishy material on my finger, and realized my finger was buried in his eye socket (where the infratrochlear nerve is) and based on the sound, and his reaction, I thought his eye popped out.

Also, what you couldn’t see in the video is that he was on the ground for an hour, unable to get up. They finally decided to take him to a hospital.

I could have inflicted further damage, or even ended his life. But showing restraint and knowing when to stop after he was defeated earned me the respect of their people and soldiers….. And got me out of there in one piece.”

Remind us not to get into a fight with this guy, okay? Here’s the video: