Mexican warrior and legend of boxing Israel Vasquez is going to have to have his right eye removed. The 38 year-old ex-IBF and WBC super-bantamweight champion is known for his four unbelievable fights against fellow countryman Rafael Marquez. And it’s the punches in that fight that led to the damage. But doctors could have done more to save his eye…

“The problem obviously arose after the last fight of my career, against Marquez. But I don’t want to demonize the sport or the fight, because this was an oversight by my physician and myself. I had many surgeries and one of them was to put silicone into my eye.”

“I assumed that the doctors knew what they were doing, and at that time I did not recover my vision 100-percent, but I could live my life. What’s happened is, I can’t see with my right eye. I have made my life with my left eye and I have no problems.” 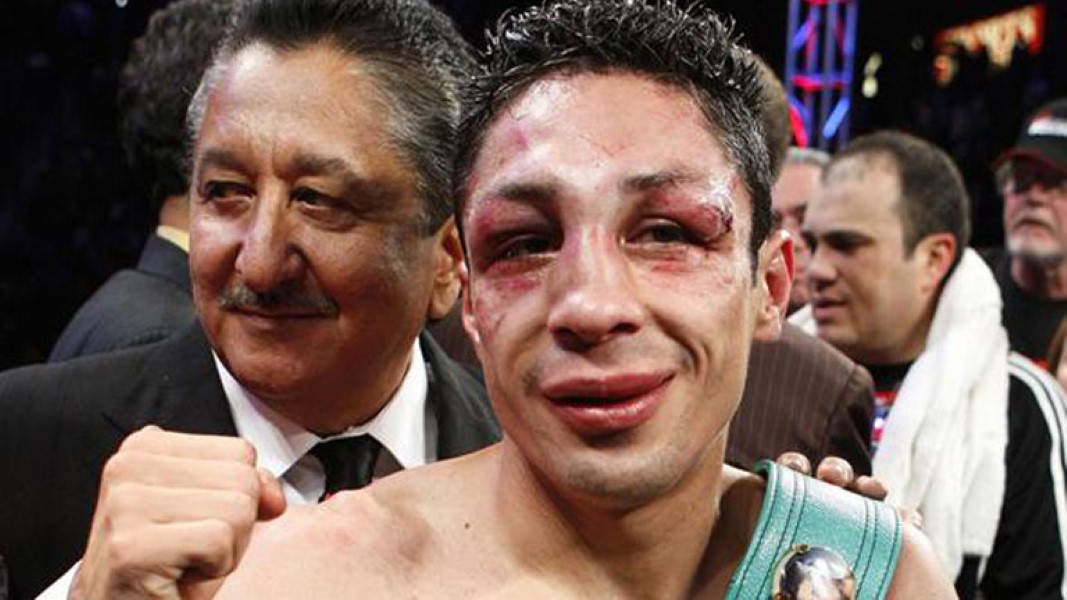 It’s a very sad loss for the man and his pain’s felt by the sport. He was – and always will be a true warrior. Just like Rafael Marquez, the man he had so many amazing fights with.

Here’s some of the highlights from Israel Vazquez Vs. Rafael Marquez: