Boxing, despite its violence, is a professional sport. Sure, there always seems to be bad blood between fighters, but you know as well as we do – most of the time that’s just marketing. The boxers respect each other. But not always… Like in the case of Lamon Brewster vs. Andrew Golota.

Golota is a giant Pole – a talented fighter but a rude guy. He played Brewster, intimidating him and pulling all the tricks in the book. But instead of scaring Lamon off, he just fired him up. Brewster DESTROYS his foe with three epic left hook knockdowns in just 52 seconds…

He said after the fight: “Chicago has the largest Polish population in America and Golota was trying to get brave and bully me. He tried to jump me before the fight, and then during the ringwalk his fans were spitting on me. I was so mad. So angry. I actually wanted to murder the guy.” 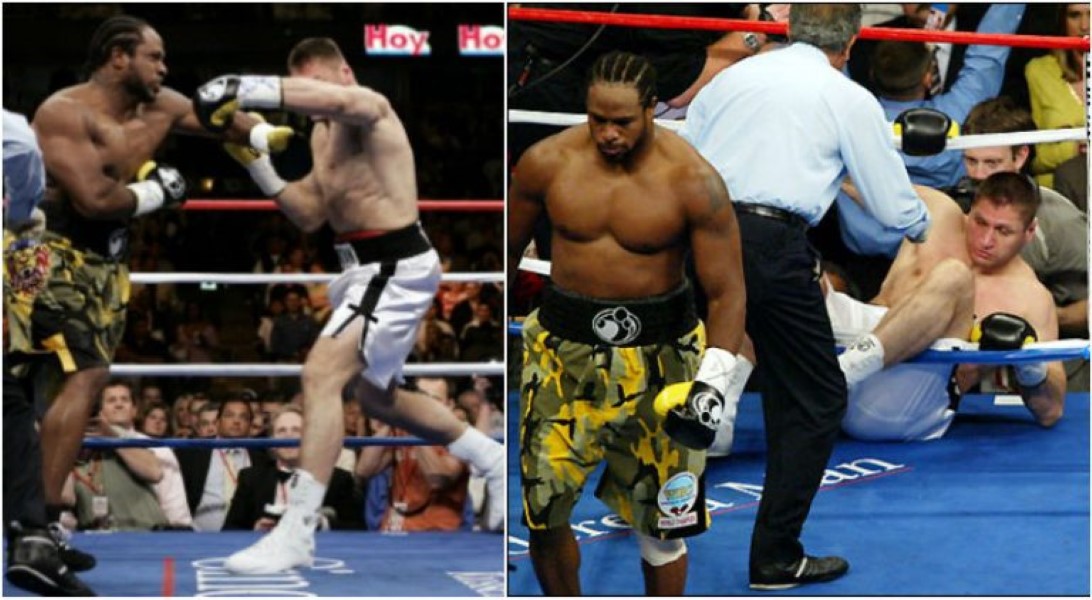 Check out what went down. You can really sense the hate right here: