Toronto, Canada. It was just a prelim battle at UFC 206. Not a huge fight, not a particularly hyped one either. It saw Lando Vannata – a guy tipped for big things – really make his mark on the world of mixed martial arts, though. This is only his second bout in UFC and while he may well have lost to top lightweight contender Tony Ferguson in July, he knows how to fight.

He took on John Makdessi and ended him with a truly STUNNING spinning wheel kick that has to go down as one of the contenders for knockout of the year. We certainly can’t remember too many other better KOs in 2016!

It comes out of nowhere, yet takes pure skill, exquisite timing, accuracy and balls. Mess one of these up and you’re off balance and looking at potentially getting pinned. Get it right, though? DAMN! 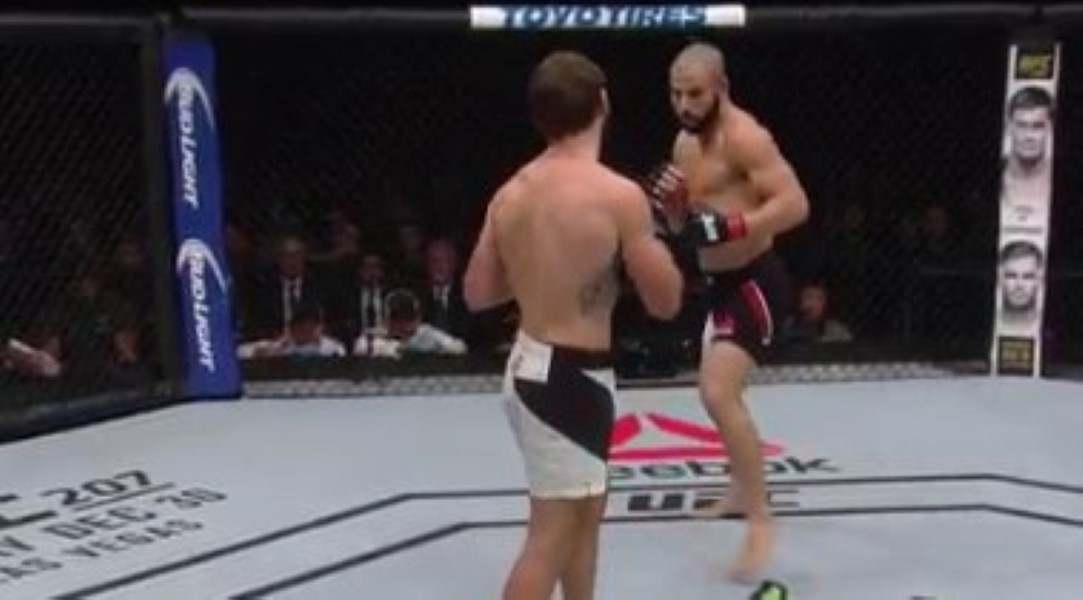 Damn, that boy can KICK.

Here it is in all its devastating glory: