Madonna’s been in the news a lot lately. She’s on the road at the moment promoting her new album, Rebel Heart, and that means she’s turning up on all sorts of shows and at events around the world. Last week she even turned her hand to stand-up comedy on Jimmy Fallon’s Tonight Show. That … er … that didn’t go down well. One news site called her imprompotu three minute routine:

‘Very confusing, and a little sad. Okay, a LOT sad.’

Yikes! And then there was her now infamous fall at the Brit Awards in London back in February when a cape she was wearing didn’t come loose at her neck like it was supposed to do, and one of her backing dancers pulled her backwards off stage: 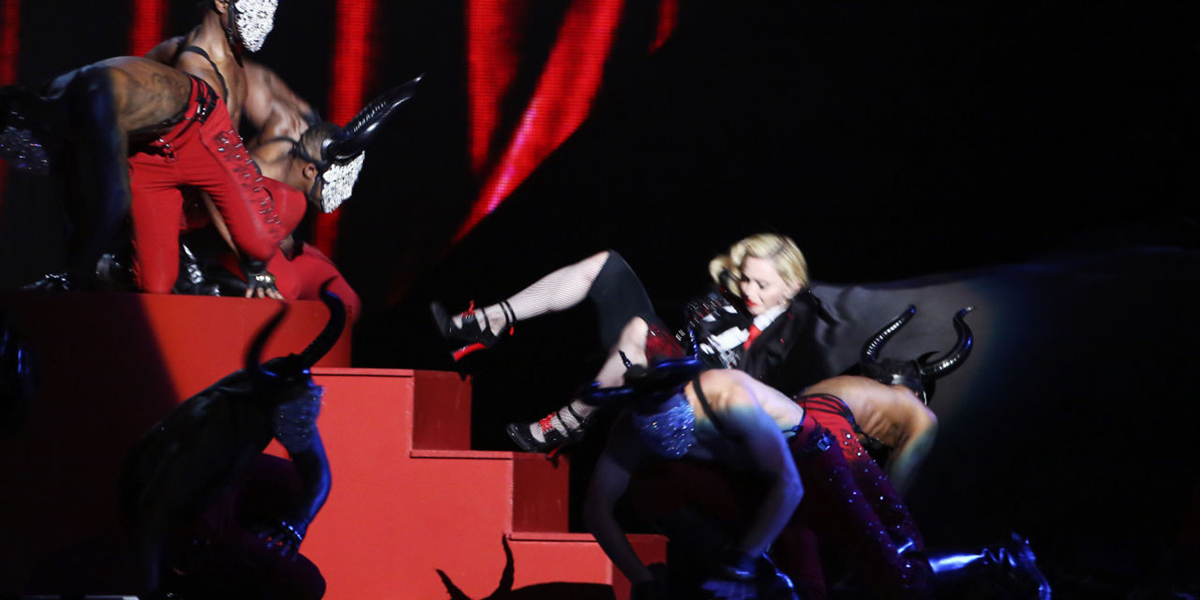 She laughed it off in public, of course, but given her reputation as a woman who doesn’t take any nonsense from anyone, we imagine the guy who pulled her over got a piece of her mind that night!

Now the 56 year old pop legend is back in the news after appearing on stage last night at Coachella. As the rapper Drake is performing, Madonna struts out on stage to join him. Drake is seated and Madonna comes up behind him and plants a kiss on him that lasts, well, just a little longer than looks comfortable. You can tell Drake’s not into it when you see the look on his face after Madonna finally lets him go: 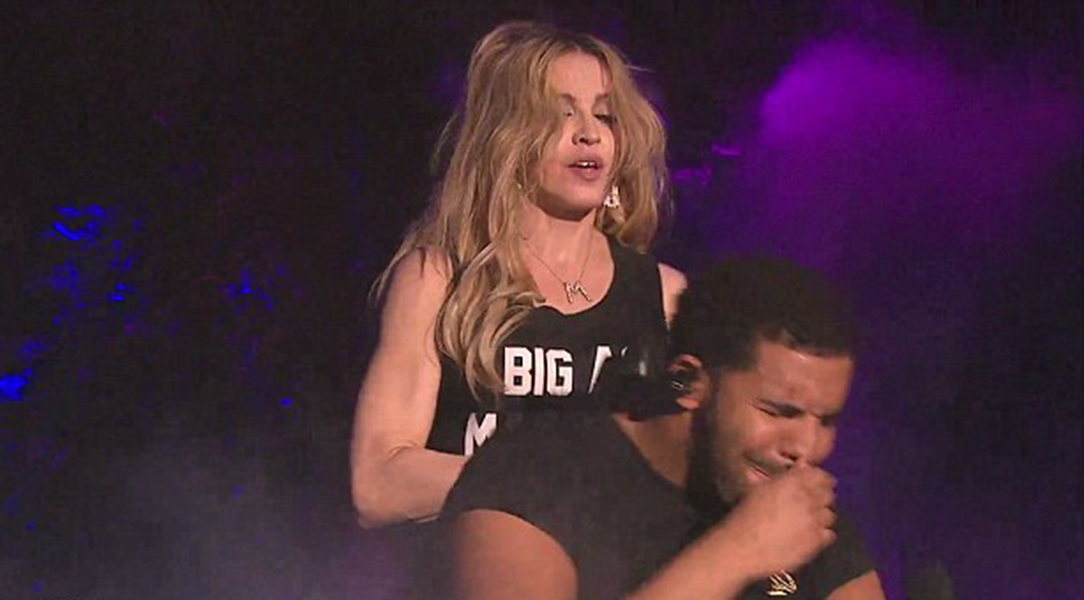 Maybe the 28 year old just isn’t into making out with a woman who’s old enough to be his mother? He certainly doesn’t look like he’s too happy about the experience! Who knows? Maybe the First Lady of Pop had been eating anchovies before she strutted out on stage and Drake just ain’t into anchovy breath? Whatever’s going on there, we know one thing for certain – Madonna still knows how to get her name splashed all over the news … whatever it takes!

Check out the video to see Drake’s reaction: