Detroit, Michigan. MMA fighter Tyler Meadows in on a nationwide suspension list after a controversial post-fight incident which saw a twelve year-old sat ringside get hurt. Meadows beat his opponent Dylan Carpenter with a devastating TKO stoppage at Umpact Fight Leage 68. Seconds later? He had jumped the cage to confront a man who had been goading him throughout the fight.

Meadows jumped onto his lap and got up in his grill. The other man was clearly a mixed martial artist too, as he tackled Meadows in a MMA move, tackling him and pushing him forward. A surge from the crowd ensued and a young kid got hurt, requiring medical attention. He is now fine.

“There was an overwhelming feeling of adrenaline in there,” said Meadows. “That was never meant to happen,” he said. “I go there to inspire people. I have a three-month-old daughter. I’m not there to hurt people in the crowd or make people think bad of me.” 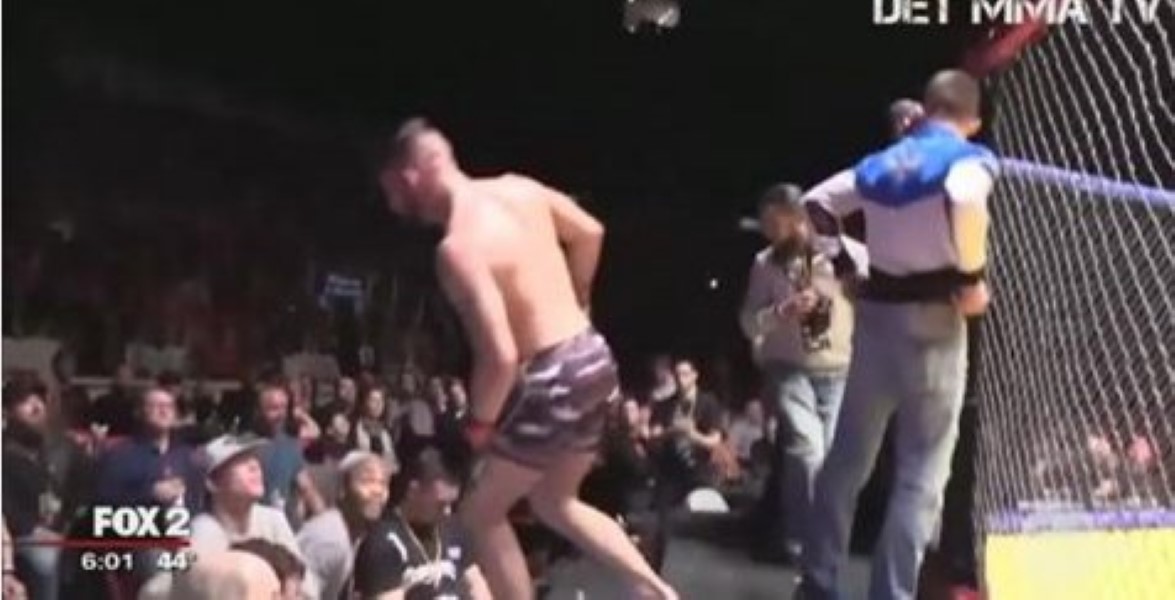 “I talked to him. I said I was going to take his head off. It’s just a competitive thing. He tackled me against the cage, which obviously I didn’t expect anything else when I jumped out of the cage.”

“I understand why he did it. The kid got pushed by someone from the crowd or someone from his corner coming forward.” 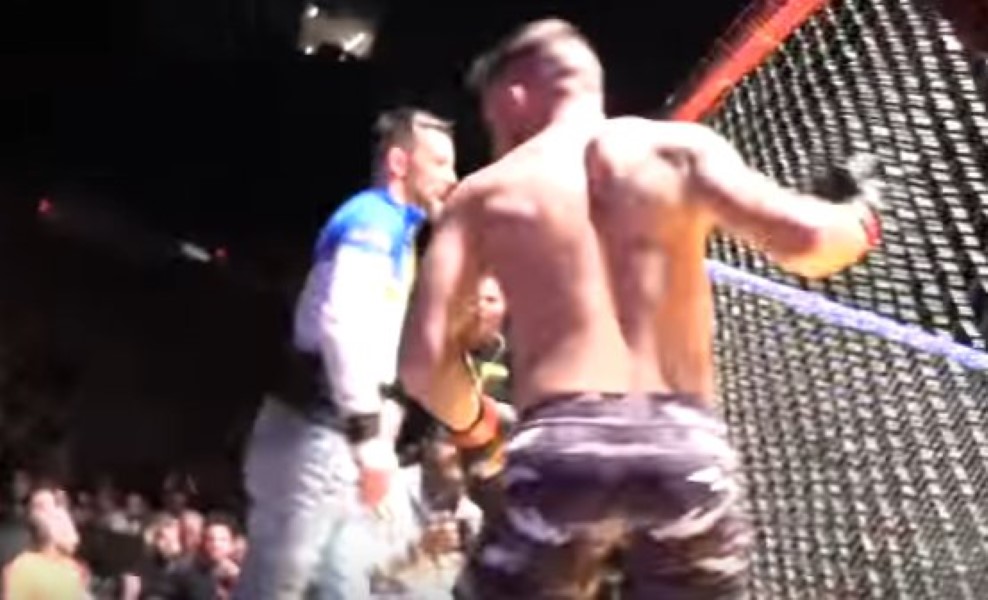 Witness exactly what went down in the post-fight brawl right here: