Cobram, Australia. An auto shop called North Vic Engines. A mechanic spots something out of the corner of his eye. It’s a snake. Hey, it’s Australia. You get them. But this is no ordinary snake. It’s a common brown snake. The second deadliest land snake in the world. But that’s not the only scary creepy-crawly about…

Slinking down from nowhere we see a spider. A big one. A Redback spider. ANOTHER deadly creature. And this spider’s hungry. He’s dropping down his web and he’s got the snake lined up for dinner. That’s right – it’s planning on killing and eating the second more venomous snake on the planet!

Only in Australia would you get such an incident. You wouldn’t catch us going Down Under and risking getting involved in this sort of thing. 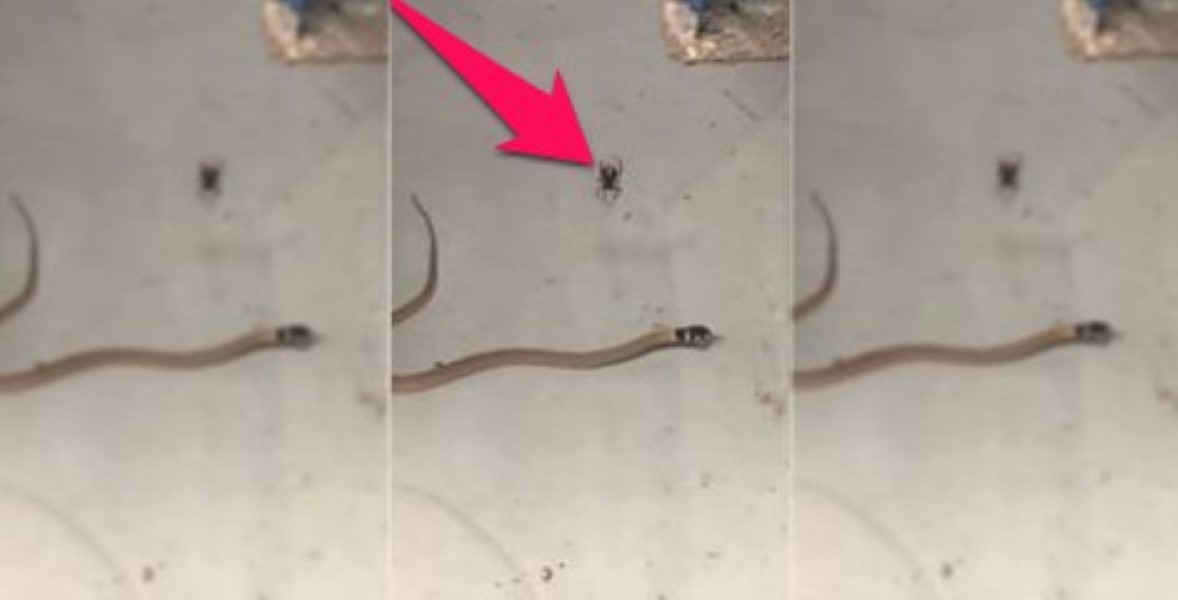 Damn, nature… You scary! Have a look at the creepy video for yourself: