A dude who goes by the name of ‘Bacon Moose’ on YouTube strolled into a municipal court to pay for a $137 traffic violation ticket. He could have paid by card, but seeing as the court likes to add a 5% charge on card transactions, he ruled that option out and decided instead to pay the fine in cash. However, he didn’t just want to hand over the money in an ordinary way. He was angry for getting the fine in the first place, and wanted to pay in the most thug way possible. How? By folding one hundred and thirty seven dollar bills into little origami pigs: 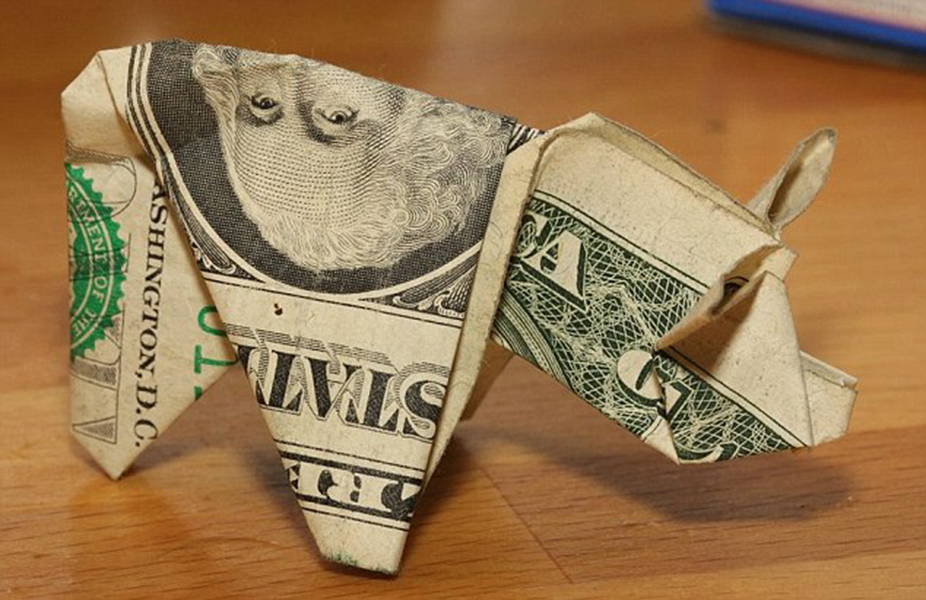 ‘I got this ticket in a town where the cops (and absurd red light cameras) are pretty much a money trap and that’s it,’ Bacon Moose said, describing his actions on YouTube. ‘I decided to pay in an appropriate manner…’

And what’s more appropriate than a couple of box loads of dollar bill pigs when you have to pay the police for some dumb traffic fine? And of course, because it’s the police you’re handing your money over to, what better boxes to use than Dunkin’ Donuts boxes? After all, the police like donuts and they’re known as … well, you get the picture. 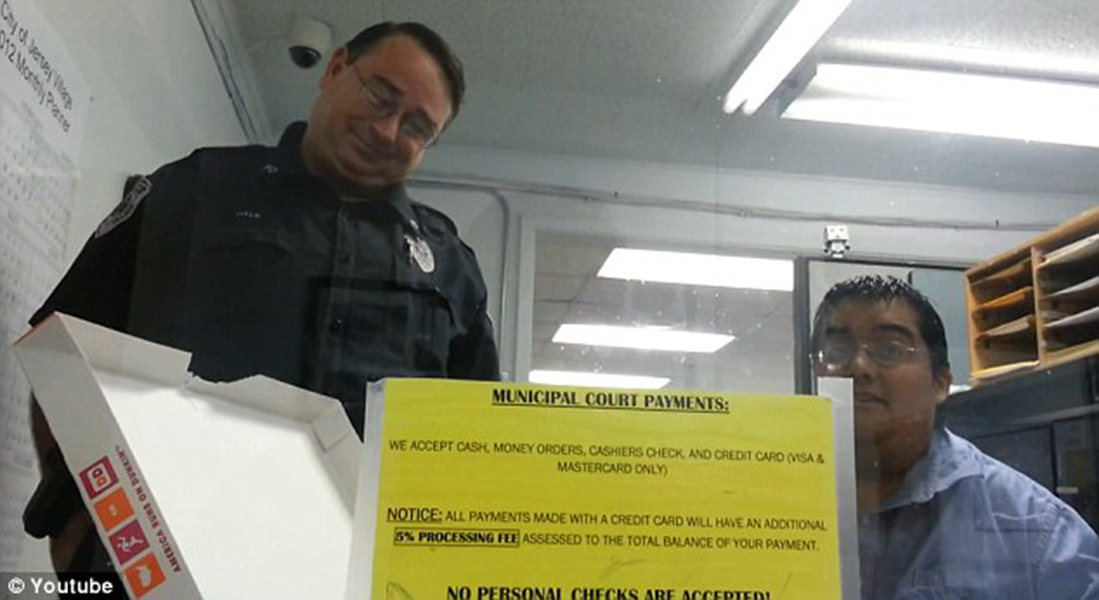 Bacon Moose took over four hours to make the pigs, but it was worth it for the reaction of the clerk and the police officer down at the courthouse when he hands ’em over, as the following video shows. But how will they react? It’s legal tender, right? Surely they have no right to refuse it? Even if that does mean unfolding and counting one hundred and thirty seven individual money pigs.

Check out the video to see what happens when one man decides to protest the stupid traffic laws in his home town using the powers of sarcasm, incredible patience and origami.