The whole ‘will they? Won’t they’ thing between Conor McGregor and Floyd Mayweather is getting kinds old now, isn’t it? No one really wants to hear it anymore. And while Dana White admits it’s unlikely to happen, he still feels he has to let Floyd know something – Conor’s would kick his a*s in a street fight and ‘murder his security guys’.

“Not only will Conor kick his ass, he’ll kick the sh*t outta every one of his security guards, too. I promise you, Floyd, you will never walk up and try to slap Conor McGregor.”

You’ve had to interview Floyd, right? You’ve had to aim the camera down here, right? He’s about this tall. His hands are like peanut brittle. He has to wrap them a million times so he doesn’t break his hands. Floyd better hope he don’t run into Conor on the street!” 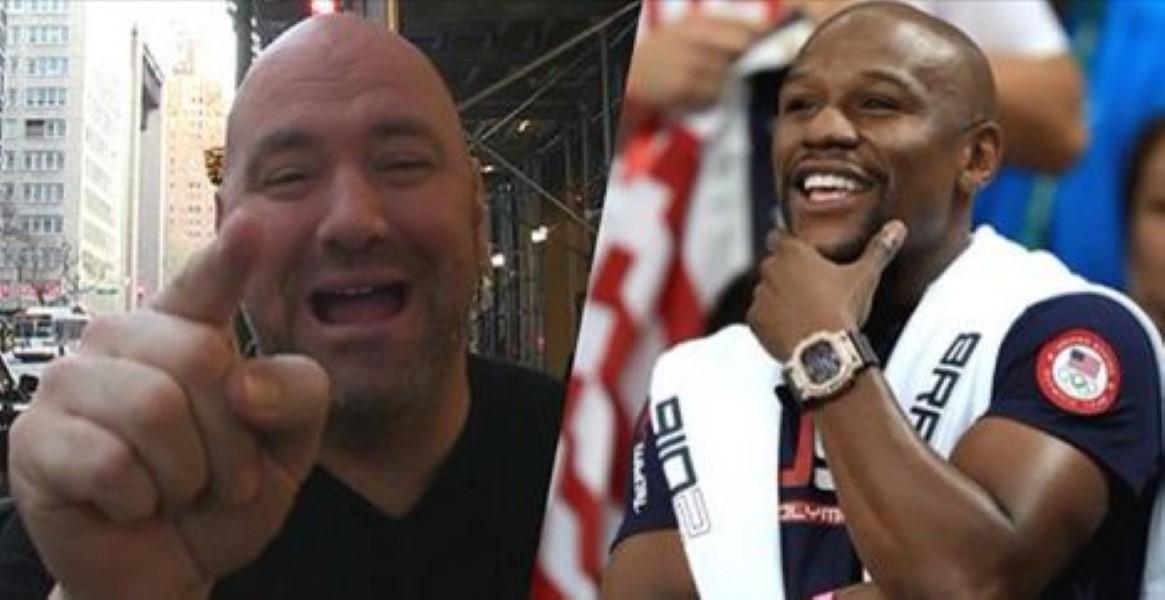 Here’s exactly what he said to TMZ Sports: