Is Ellen DeGeneres racist? Well, some people are saying so after she tweeted a controversial picture of her and the fastest man in the world Usain Bolt. She sent the picture after the Jamaican ran the 100 meters in 9.81 seconds at the Rio 2016 Olympics.

Bolt dominated the race and added another gold medal to his already impressive collection. A photo of him winning quickly went viral…

???????? what a photograph @usainbolt pic.twitter.com/pz8bIOFJKb

And here’s what Ellen had Photoshopped and sent on Twitter:

This is how I’m running errands from now on. #Rio2016 pic.twitter.com/gYPtG9T1ao

Bolt seemed not to mind – he even retweeted the Finding Dory star. But still, plenty of other people have accused the chat show host of racism… 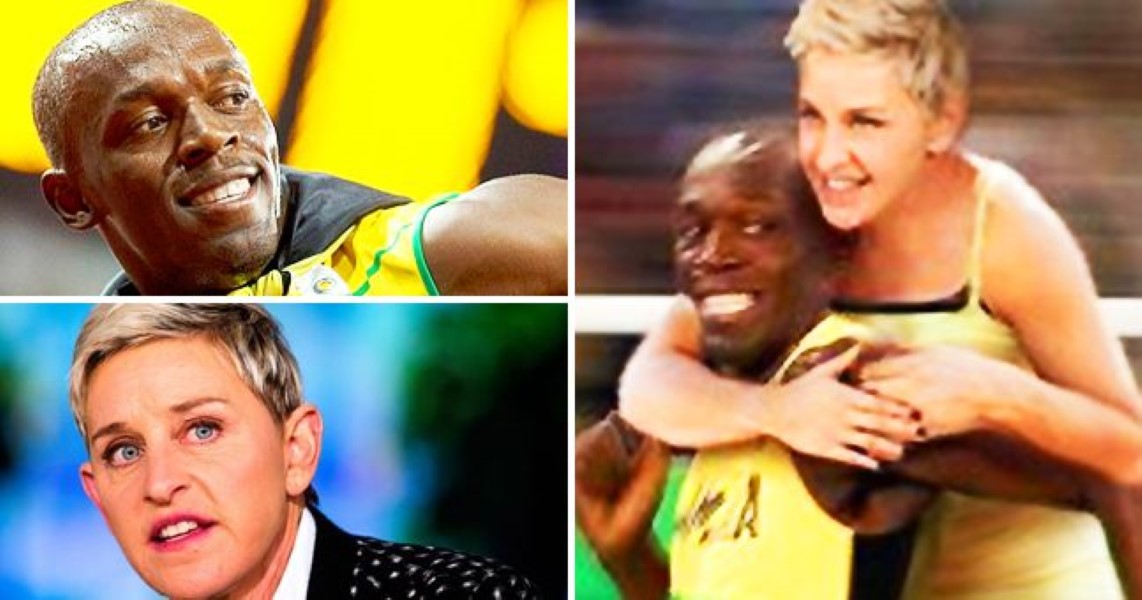 Here are a few of them:

@TheEllenShow @usainbolt So riding on his back like a mule, a horse as some form of property is fun to you…

And there’s this one:

@TheEllenShow You thought it'd be funny to post a pic of yourself riding on the back of a Black man? Nope. Delete this racist garbage.

Most people would agree that Ellen was just having a laugh. But there is a precedent for this sort of thing that she might not be aware of…

Honestly seeing Black folks defend that Ellen photo of Usain is depressing. "she was just saying he is fast" Oh yea? pic.twitter.com/rE1YGIPpIu

The openly-gay TV host has since cleared up what her position on it all is, tweeting this:

I am highly aware of the racism that exists in our country. It is the furthest thing from who I am.