Gresham, Oregon. A cop car drives about a neighborhood during a routine patrol. Only it quickly becomes clear to the officers in the vehicle that there was to be nothing routine about this little stop off… Out of the corner of one of the policemen’s eye, they spot a goat. On top of the roof of a house.

Used to running after and catching drug dealers, rapists and murderers, the cops didn’t think that taming the goat would be all that tricky, but they couldn’t have been more wrong…

This rooftop rescue wasn’t just to be helping out a friendly and scared little cloven-hoofed animal, oh no. This goat was ANGRY. 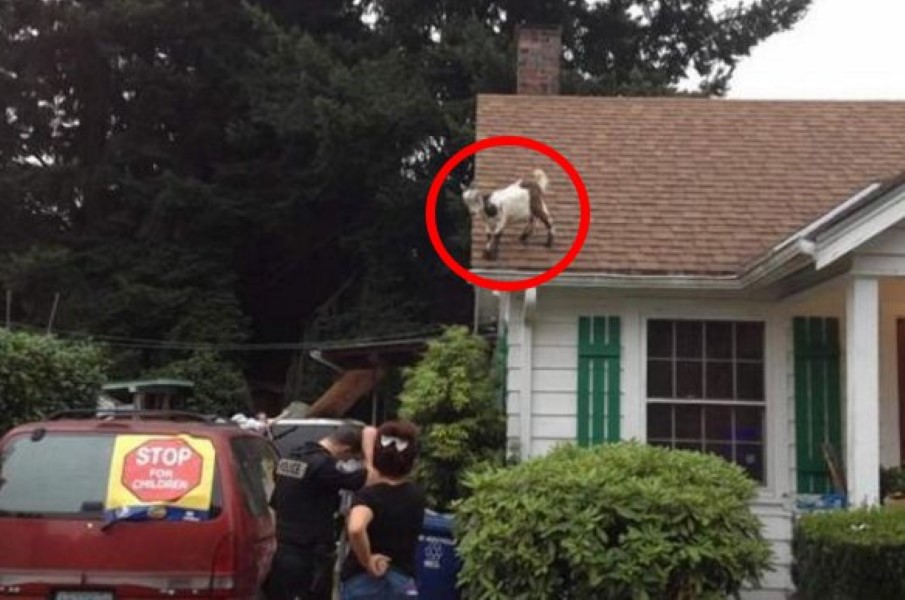 It’s believed that the thing got up there on the roof using a ramp of some kind, but its exact method of climbing up that high remains somewhat of a mystery.

The operation to get the goat down was made tricky from the start as it was clear that the farmyard animal was not gonna play ball. The cops were left further dismayed when a neighbor ominously warned that it ‘respected only one man’. Who that goat whisperer is is still unknown. Though we imagine it’s his owner.

When said owner returned later that day, the goat dutifully trotted down.