The Olympic track and field athlete you’re about to see turned the pole vault into the pole FAULT recently at Rio 2016 after a jump went wrong and he ended up getting a huge smash to his family jewels. That’s not what you need when you’re going for Gold, is it…?

Japanese vaulter Hiroki Ogita was doing well until the incident, although he failed to get past the qualifying preliminary rounds of the Olympics pole vaulting competition after the d*ck-based mishap. Poor guy.

This will forever be what he’s known for too. You’ve really got to feel for him, haven’t you…? 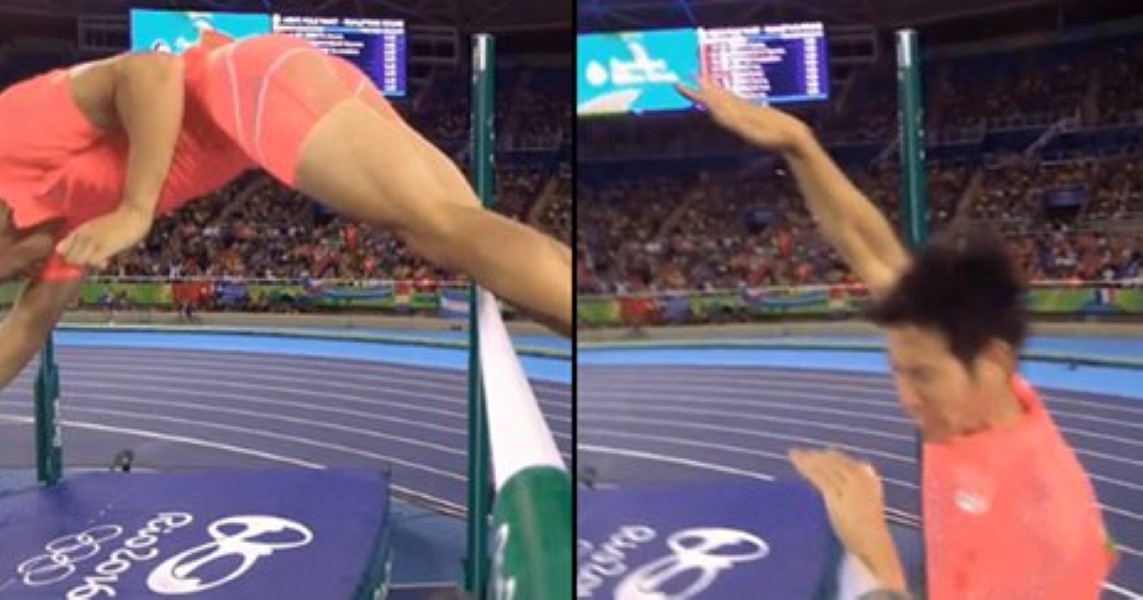 Here it is. OUCH.

Pow! Right in the penis

It gets worse, though. Watch this horror from twelve years ago at Sydney 2000…

The gymnast who snapped his leg