Ronda Rousey is no longer the UFC women’s bantamweight champion. That honor goes to Holly Holm now, after Holm defeated Rousey recently to take the belt. But is all as it seems? There’s some doubt. WWE star Taz recently claimed that Rousey Vs. Holm was fixed. And now? A whole new theory is doing the rounds which is even stranger…

Some people are claiming that Holm won the fight due to doping. The allegation says that she has been abusing performance-enhancing anabolic steroids to her advantage. And the so-called ‘evidence’? Well, it’s really quite personal indeed.

Some people are saying that there’s physical evidence of steroid abuse noticeable from pictures of Holm at weigh-in. One side effect from steroid abuse can be the growing of the genitalia. Clitoral engorgement. Or ‘mini penis’ growth, in other words. And here’s the shot being used to back up the claim: 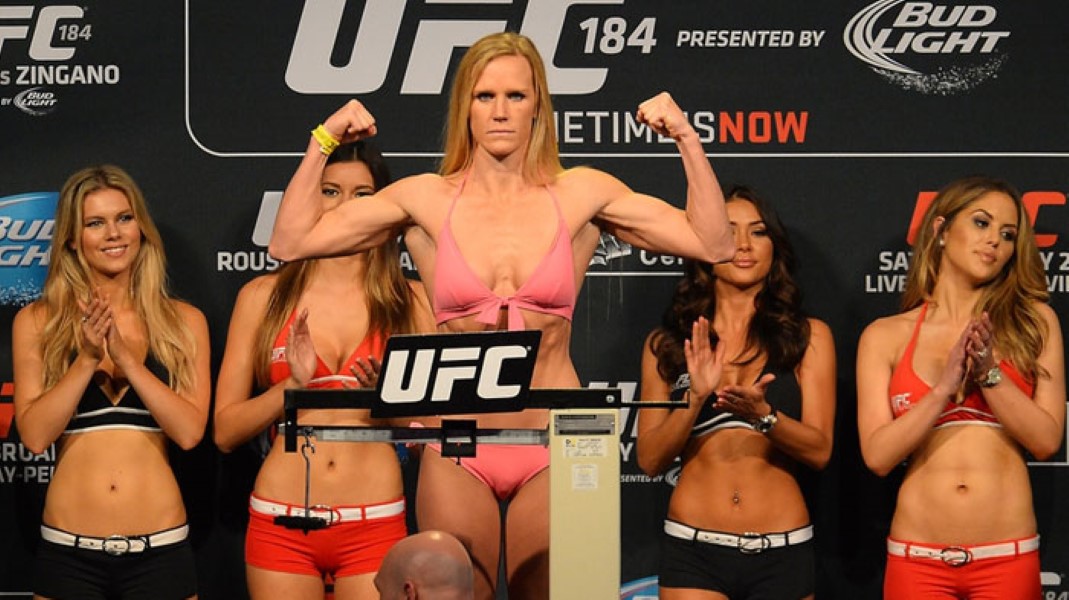 For us, we don’t buy it. Apparently Holm was tested four times before the Rousey fight, so it just doesn’t add up. We don’t think the picture proves anything at all. It’s all natural, for us. But’s that’s not what a YouTuber called ‘JuggernautFitnessTV‘ thinks.

This isn’t the only controversy regarding doping that’s stemmed from the fight. Many people have pointed to the yellow and purple discoloration to Ronda Rousey’s feet post-knockout as evidence of her cheating. Jaundice is a side effect of using performance-enhancing drugs. 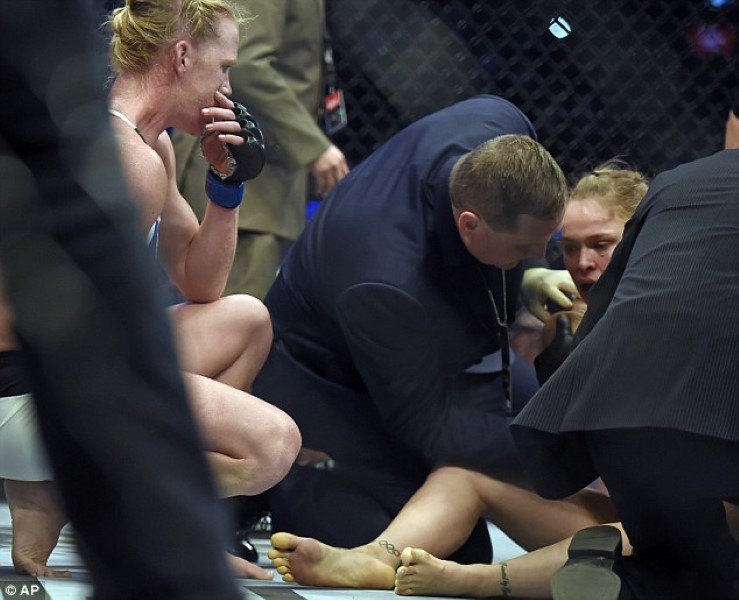 And here’s the theory about Holly Holm in full….