An Australian TV news crew are in Sweden reporting on the immigrant crisis facing Europe right now. They’re interviewing a group of African men and all seems to be well. But soon the mood turns dark and the men begin attacking the 60 Minutes news crew. Things go from polite to crazy in a matter of mere seconds – it’s pretty crazy.

A local eyewitness said: ‘A photographer was attacked and received a blow on the mouth with a closed fist so that the bloodshed occurred. A jar was then discarded into the camera. At the same time attacked another photographer who also was beaten right across the chin so that a tooth got loose.’

‘When a cameraman got out of the car, a car drove up next to him and the African driver of the vehicle began to fight. After two minutes fuss about why they would shoot right in Rinkeby as the driver drove over the cameraman’s foot. The man fell and lay still for a moment while the team continued to film the car quickly drove away.’ 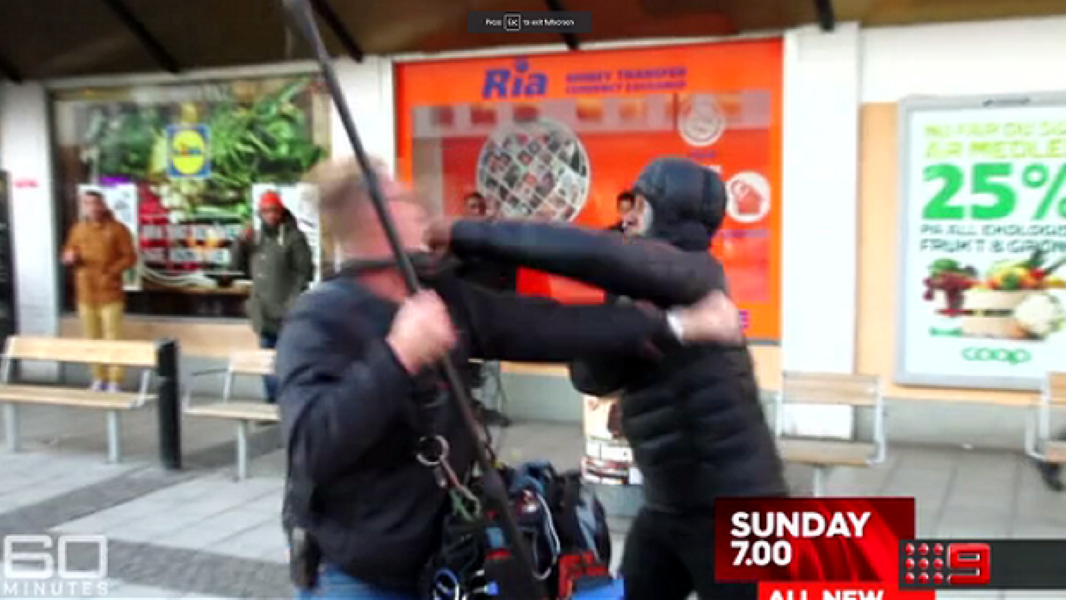 It’s a nasty scene, but there’s an unexpected twist at the end. The TV news crew get an intervention from the most surprising of sources…

If anyone ever asks you what the Thug Life is all about – show ’em this video!