UFC fighter Jon Jones has been caught up in a storm after being pulled over by a cop for speeding and then unleashing a tirade against the officer. Among the insults hurled at the cop was ‘pig’ and ‘f*cking liar’. Jones has (kind of) apologized for the incident since, saying: “I was not drag racing, nor was I speeding. I did not get a speeding ticket. I was driving within the speed limit of the 35mph zone.”

“I feel that police used a technicality to ticket me for drag racing, for simply revving my engine and acknowledging some of my local fans. I regrettably said words to the police officer out of frustration, for which I apologize for, but I do feel this was excessive.” 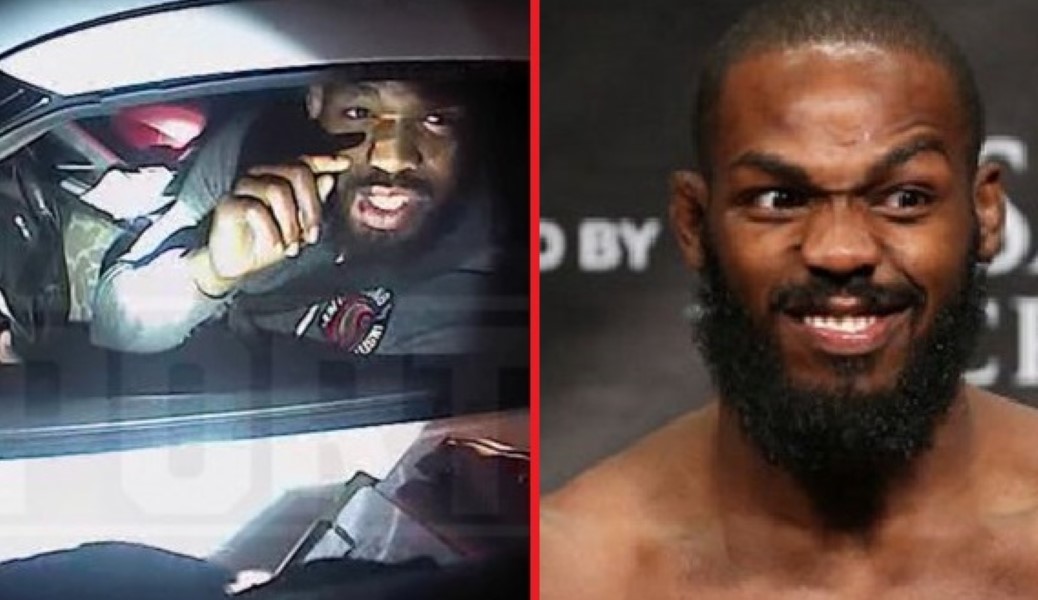 Here’s a transcript of what was said, courtesy of the guys over at TMZ…

Jones: “Calling my lawyer, to ask him about this paper work. I’m sure I have the right to do that, buddy … f**kin’ liar. I can’t believe you.”

Jones: “No, you’re not just doing your job. You’re f**kin’ picking this Corvette out for no reason. Blaming me for all this sh*t that you know isn’t true.”

Jones: “You’re ridiculous … I used to really respect … f**kers like you.”

Cop: “You’d rather I just turn my head and let you be a nuisance to the citizens?”

Jones: “I am not a nuisance to the citizens.”

Cop: “I have sworn to protect the citizens from people like you, Mr. Jones. Please don’t dig around in your car.”

Jones: “I was looking for a pen. Give me the f**king sh*t. Can’t believe you. Ridiculous.”

Jones: “Ridiculous. You’re a f**king liar. Good luck trying to prove that I was speeding because you know that I wasn’t.”

Here’s more on the story, including some footage of what went down: