When Andrew “El Dirte” Sanchez took on Khalil “The War Horse” Rountree  recently in UFC‘s Ultimate Fighter 23 finale, things were pretty brutal. They got ugly and it’s not the sort of thing family would want to see. Especially a fighter’s mom. Trouble was, Rountree mother was in the crowd. And she made herself known. VERY well know…

Her son came into the fight with a 4-0 professional record. His opponent Sanchez held a 7-2 pro record. Rountree was confident, but the fight quickly got away from him in this, a step up from his usual foes.

And for her part? Mom just would NOT keep quiet! So much so that Rountree – while nearly getting choked out – had to tell her to ‘shut up!’ 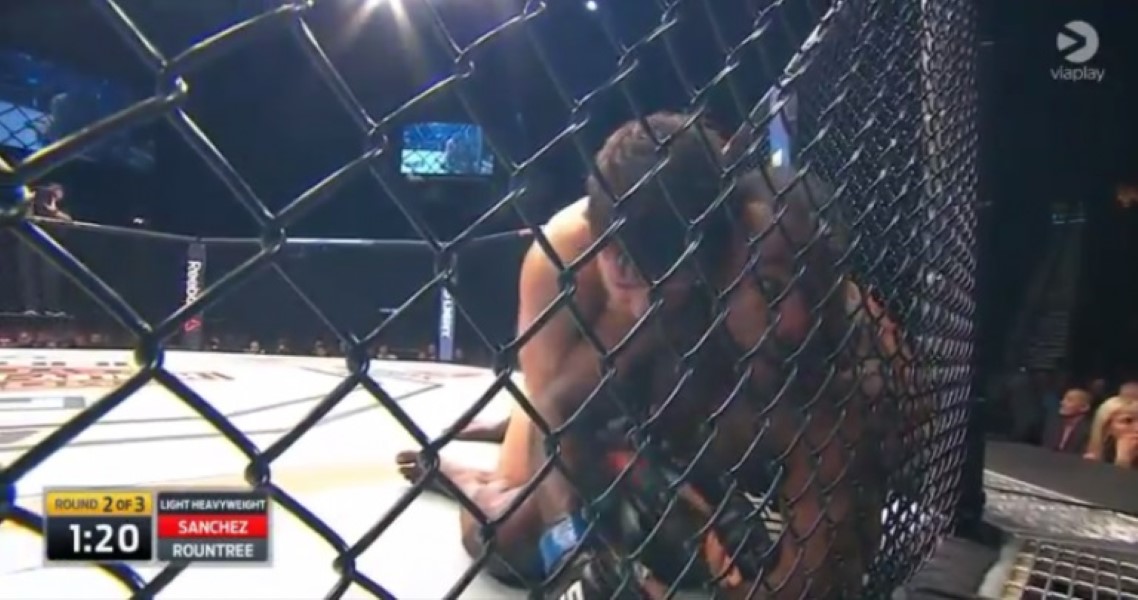 Sanchez went on to win the bout with a pretty one-sided and comprehensively unanimous decision… the judges scoring the bout the following: 30-25, 30-25, and 30-26.

Sorry I told you to shut up! I know if you were in the cage you'd kick my ass lol #caughtinthemoment pic.twitter.com/0mPIsJpXh6