Kalamazoo, Michigan. 28 year-old Ralph Holden has been arrested and charged with murder in the first degree after his live-in girlfriend was found slaughtered at their home over the weekend. According to the police report, concerned neighbors had called the cops to report a domestic disturbance they’d heard.

Lieutenant Mike Reynolds of the Kalamazoo Police Department says this about the case:

“I have never heard such an insane reason for committing such a vicious act. According to Holden’s confession, he complained that Miller would not make eye contact with him when he was trying to have a conversation with her.”

“I mean, have you seen this guy’s eyes? I don’t mean to be rude, but nobody would know which way he was looking or which eye to make contact with… It’s just a real shame, you know?” 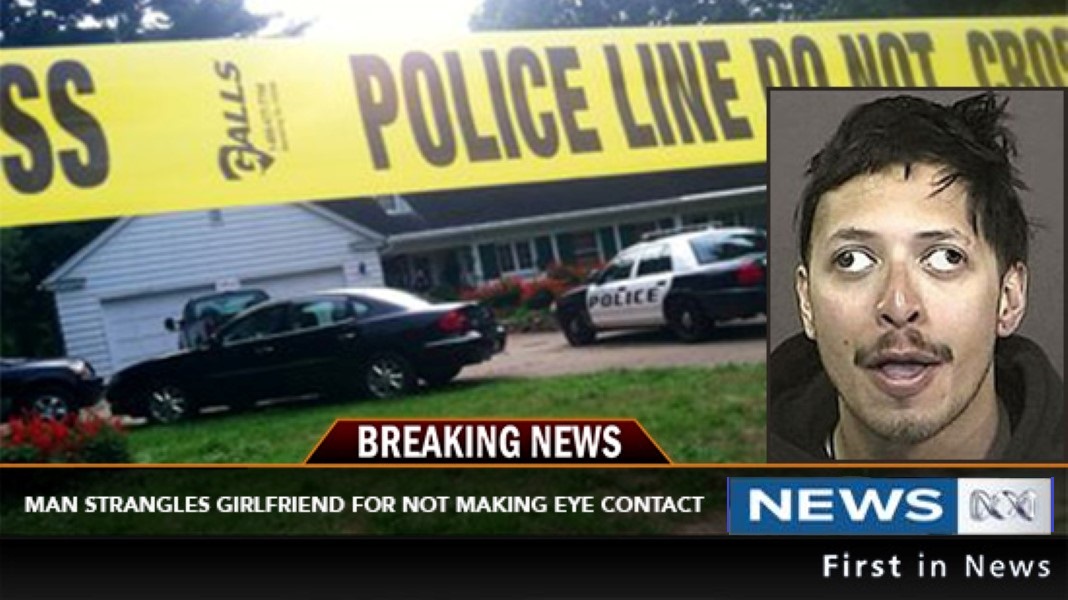 The 911 call transcripts have a neighbor reporting the disturbance saying she could hear Holden repeatedly screaming at his girlfriend, “look at me, look at me, look at me!” Over and over again. The victim can be heard crying out, “I am but you never believe me!”

Holden is currently being detained by police without bail pending a thorough psychological evaluation.