Ever hear the story about Wesley Snipes fooling around with Mike Tyson‘s girlfriend? And what Iron Mike did to him once he caught with him? Well, it’s a Helluva story and it’s one you’re gonna enjoy hearing about! It comes from someone in his entourage… Here it is:

“One night after Mike Tyson’s girlfriend Hope had visited Mike in his LA apartment, he told me to follow her. She had left earlier than usual, telling him that she had to visit a friend. He wanted me to find out where she went, if she made any calls, if she talked to anybody, everything that she did after leaving him that night.

So I grabbed the black Lamborghini Diablo and kept a safe distance … At Roscoes, a soulfood hangout in downtown LA, she parked, got out of the car and walked over to a black Lexus … her friend turned out to be actor Wesley Snipes.

Mike was paging me. I called him back to let him know the situation … Less than ten minutes later, he pulled up in a yellow Testarosa, accompanied by a new bodyguard Anthony Pitts. Anthony was a former professional football player, stood about 6’7, and weighed in around 250. Tyson jumped out of the Ferrari…” 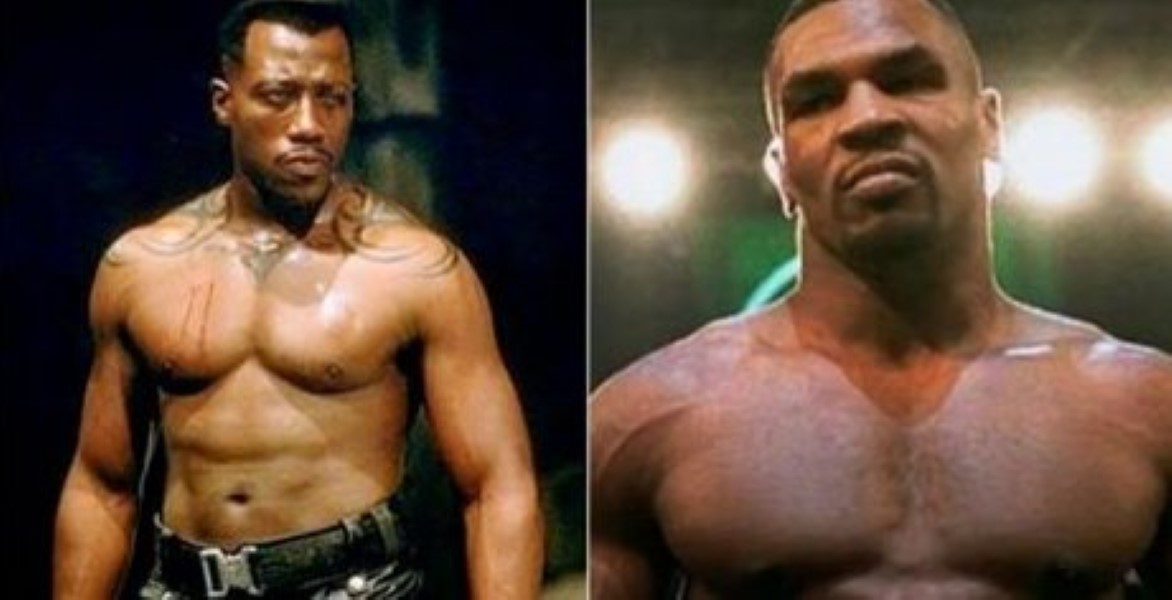 “When Hope caught sight of him, she practically fell out of Snipes lap and onto the floor. The actor froze then waved a hand ‘Now, Mike, now, Mike, we can do this together. I don’t want no problem…’ ‘Let’s go into the bathroom!’ Tyson snapped.

When I returned from the parking lot, I noticed Anthony was blocking the bathroom door. A couple minutes later we heard a big noise inside, and then Tyson emerged alone.

After he was gone, I cracked open the bathroom door. Wesley Snipes was sitting against the far wall, head tilted to one side, unconscious…”

DAMN! As you needed proof that Mike Tyson is not a man to be messed with!