Miley Cyrus is known for many things. Being a pop star. Having been Hannah Montana. Being a bit of sl*t. But not very many people would mention her amazing intellect. And that’s for a very good reason – she doesn’t have one. But what she has instead is a whole bunch of crappy little tattoos. And she’s just got another one to add to the pile. But there’s something wrong with it that she hasn’t noticed.

Posting a picture of it on Instagram, Cyrus hashtagged the pic ‘#lilbbjupiter‘. Except the tattoo is of a ringed planet. And Jupiter isn’t one of those. It’s probably Saturn she was thinking of. It’s just another in a long line of garbage little tatts that Cyrus has got. 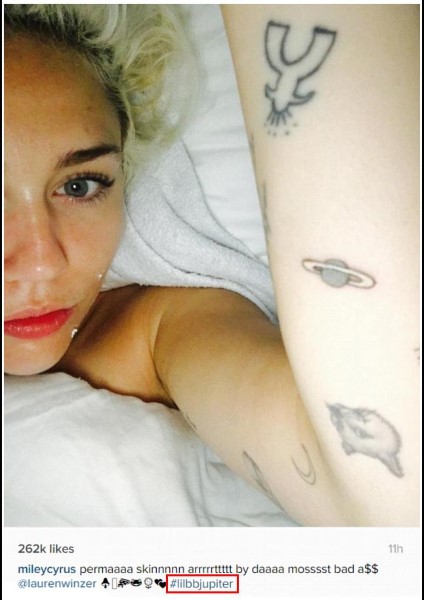 Just for the record, THIS is what Jupiter actually looks like… 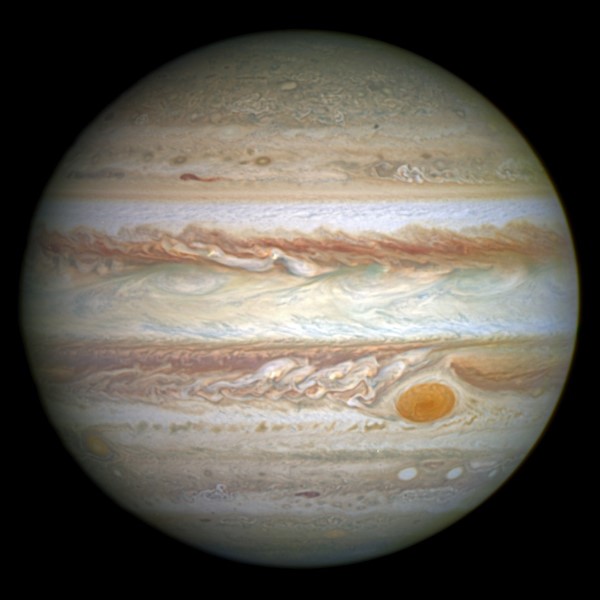