MMA is a hard sport. You’ve got to be tough. You’re stepping into the ring with a big scary guy keen on pounding your head in. You need to be sharp, alert, trained, fit and a top fighter. You also need a referee to ensure the rules are stuck to. Unfortunately Alex White and Roy Babcock didn’t get that in this Titan Fighting Championship fight we’re bringing you here.

Referee Rusty Sullivan let them down BIG TIME. Knocked down and out, Babcock is taking a hammering. Sullivan needs to step in and stop the fight. But doesn’t. White is clearly torn as to if he should carry on punching…

EVERYONE there was shocked at the referee’s decision making. The crowd, the corners, the commentator… You can hear people yelling things like: “Is he out? Where’s the bell?!”, “What’s the referee doing?” and “This is ridiculous refereeing, absolutely ridiculous!” 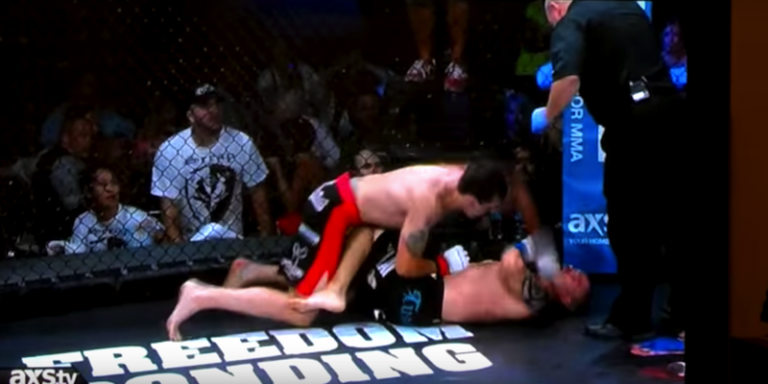 Alex White went on to fight in the UFC after this. Babcock, though? He never stepped into the ring again. When you watch the video you’ve got to wonder if it was either an injury thing or a confidence thing. How could you trust a ref ever again after this?!