So you’re an MMA fighter and you’ve just gone the full rounds for a shot at the title. It’s a points decision and you’re convinced you’ve won. When your opponent’s name is read out and it’s his hand that’s lifted up. You can’t believed. This night can’t get any worse… Or can it?

Just as you spin around in annoyance, disappointment and disgust you punch the air. But it’s not the air you hit. It’s the pretty young smiling ring girl stood innocently behind you. Square on the chin. It’s a total accident. What what a disaster.

That’s exactly what happened to Andrew ‘The Beast’ Whitney at the recent Titan FC 42 event down in Florida. The girl was fine afterwards. Thankfully. 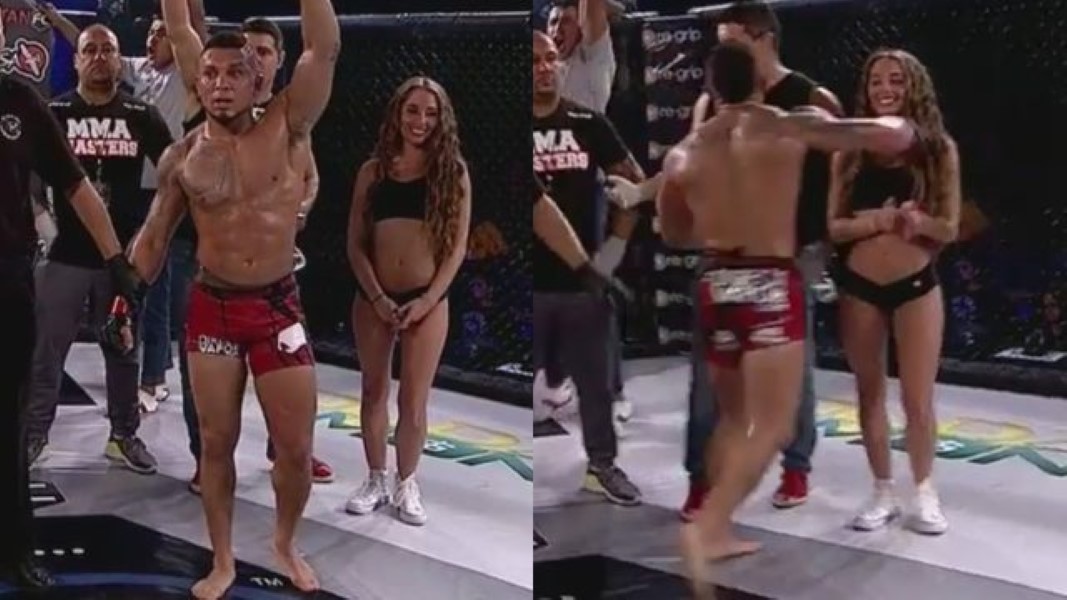 Though you’ve got to think… If Whitney hits a 90lb ring girl on the chin and she stays on her feet – it’s no huge surprise he didn’t win, is it?! 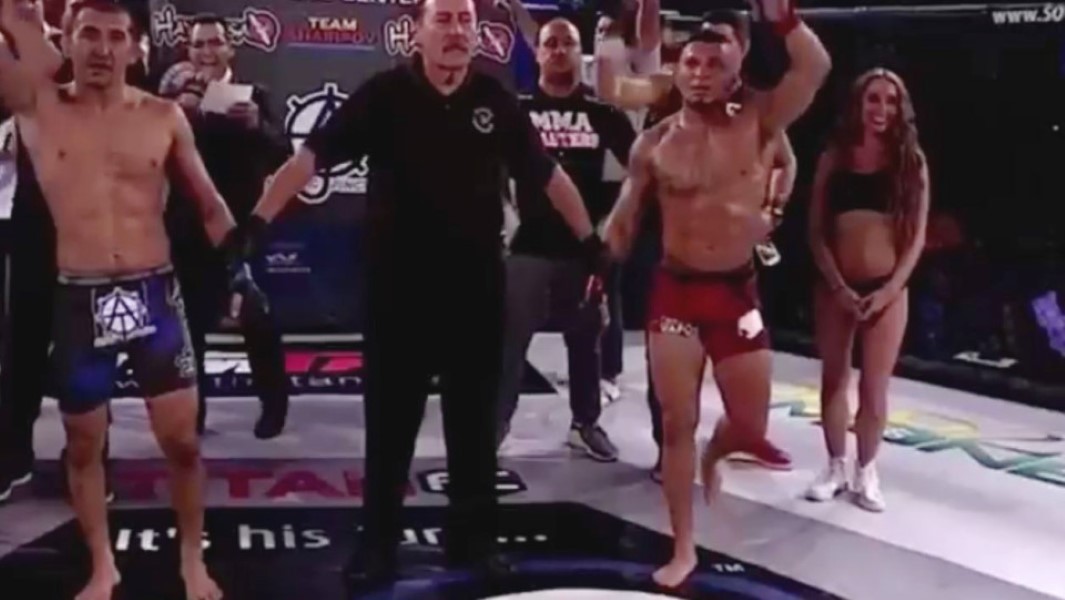 Would never have happened if she’d stayed in the kitchen…

You can’t really see from that video, but in this one – it’s clear… It’s a mistake. He immediately rushes over to see if she’s okay: