Myrtle Beach, South Carolina. 52 year-old William Mattson is found severely beaten, almost unrecognizable after a merciless assault. But when the circumstances are uncovered, investigators seemingly have very little sympathy for the man with a face like a plate of mashed potatoes. Why? Well, the hammering was dealt out as revenge for a rape.

Mattson’s mugshot clearly shows the extent of his injuries, with severe cuts and bruises and a shut eye. The sexual assault occurred at a party but was luckily interrupted by the victim’s partner, who immediately attacked the man and began beating him.

But the twist in the tale? The rapist turned out to be the man’s UNCLE. He was receiving the kicking of a lifetime by his righteous nephew. And no one can claim he didn’t have it coming. 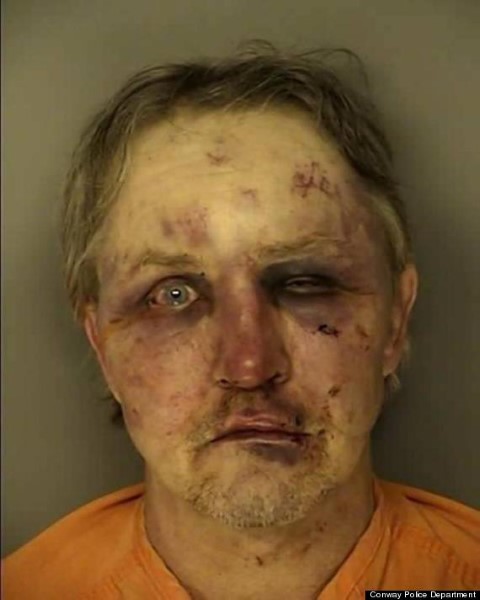 Sick William Mattson was charged with first degree criminal sexual conduct, but his attacker was acquitted because his actions were deemed to be ‘in the defense of the victim’.