British fighter Amir Khan‘s decision to jump up two weight divisions to fight devastating knockout merchant Saul Alvarez backfired last night. The Bolton-based boxer was floored in the sixth round by a hammer blow of a punch by the Mexican. It was about as comprehensive a KO as you’re likely to see in a boxing ring this year. Canelo had gone into the fight as a firm favorite with the bookies and his class really showed as he took out his spirited but ultimately inferior opponent.

Khan started the livelier of the two fighters, out-pointing the red-haired Canelo. But his dabbing approach wasn’t hurting Alvarez and the crowd knew a potential knockout was on the cards, what with the Mexican’s impressive KO record.

And they didn’t have to wait too long. When it came it was BRUTAL. 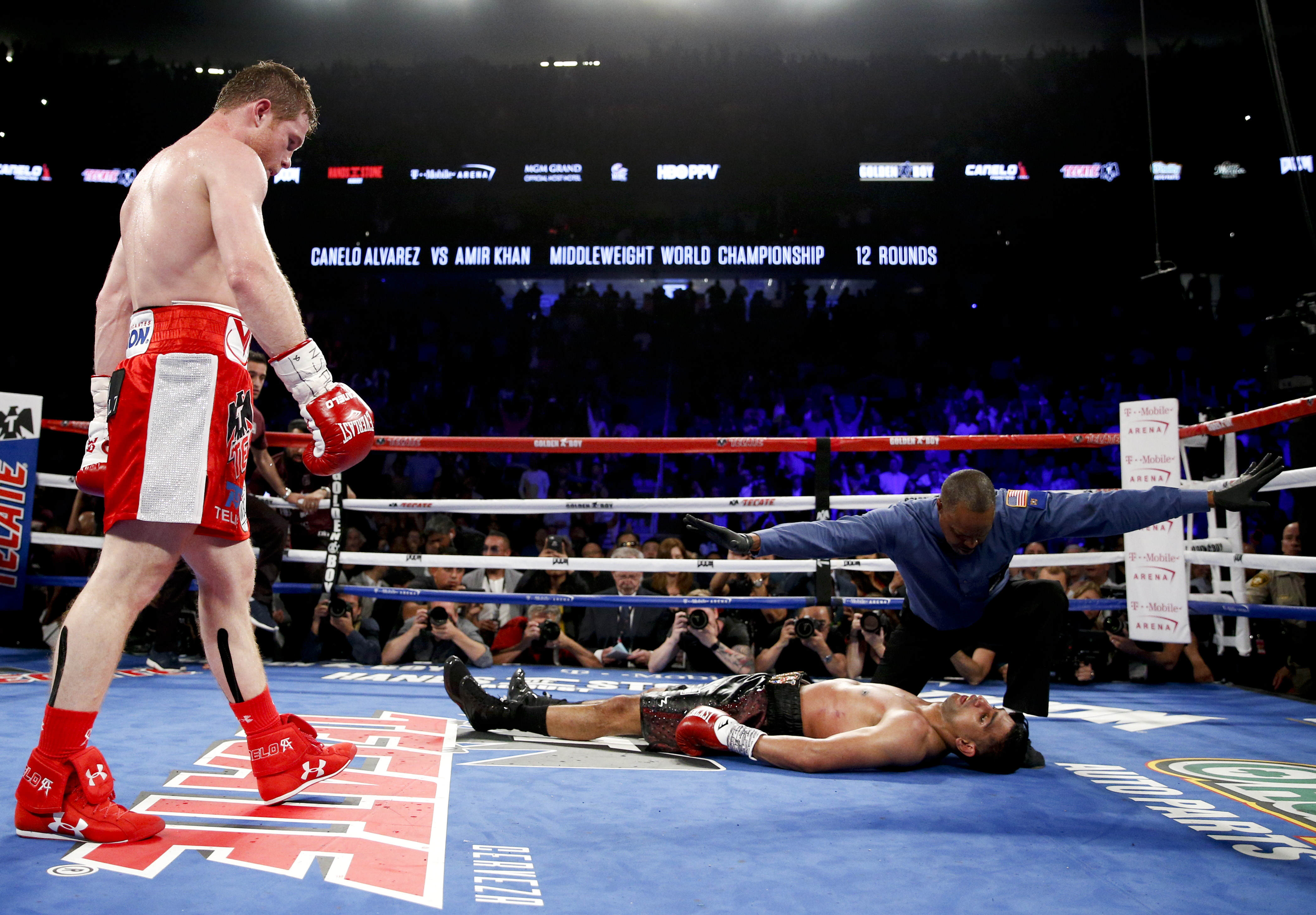 Watch the highlights of the fight right here:

Khan took it well though…

Im okay everyone ? thats boxing for you, congrats to @Canelo monster punch, much love to all the fans! #CaneloKhan pic.twitter.com/oQcqZQrsLl