Atlanta, Georgia. The Hartsfield-Jackson International Airport. Weirdly enough, it’s the world’s busiest airport and has been since 1998. Over a thousand flights a day they deal with. But they still have time and respect for people. Especially fallen heroes. Soldiers’ caskets come in and out of the place on occasion and they’re dealt with with the utmost respect.

Delta Airlines do a particularly good job with the coffins of soldiers that have died abroad in action and been flown back. And we can show you a little proof below. This particular repatriation is uniquely sweet. Why? not only is there a casket for a soldier – the army man’s dog died in battle too. 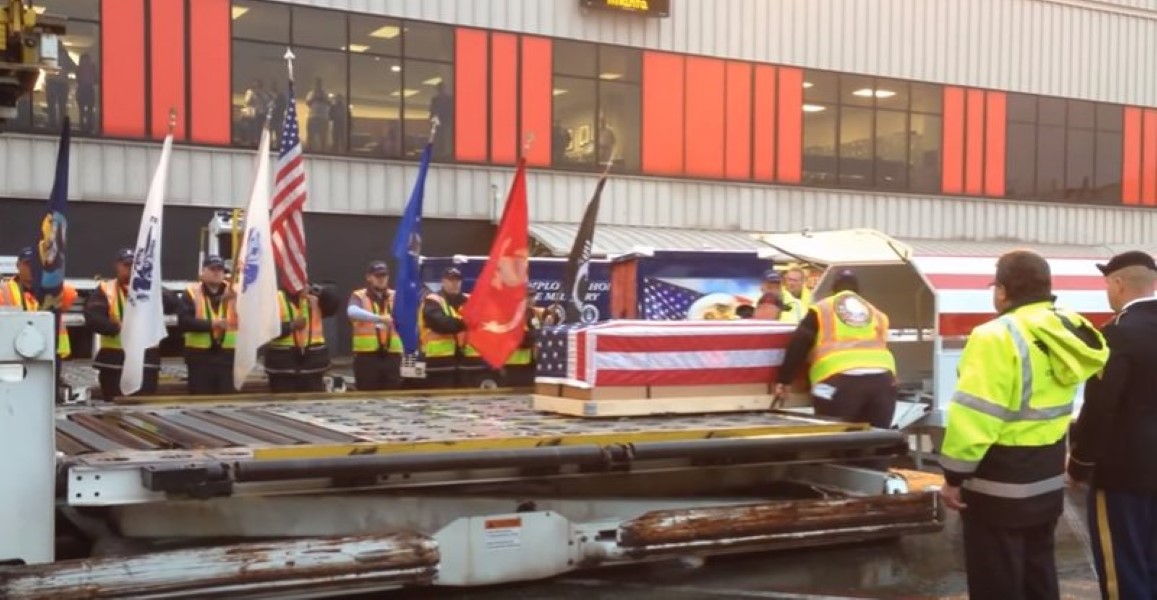